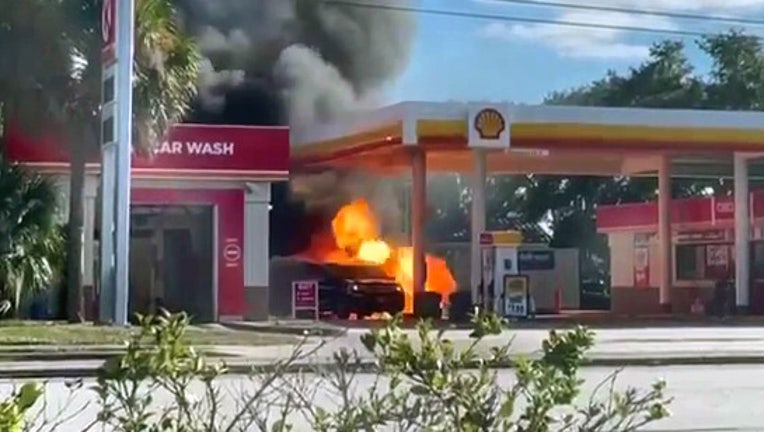 EAST LAKE, Fla. - Florida Highway Patrol troopers say a driver backed into a Pinellas County gas pump, setting off a blaze that killed another person who was pumping gas on the other side.

Fire erupted at the pumps at the Shell gas station on East Lake Road, just north of Tampa Road, Wednesday afternoon. Firefighters arrived just after 2 p.m. to a scene of heavy smoke and an SUV engulfed in flames.

After putting out the fire, they found the body of an adult female. East Lake Fire Department spokesperson Claudia Hernandez said, "Our hearts are heavy as we share that one adult did not survive this incident."

Hours later, FHP says it appears to have started when a driver backed into the gas pump. 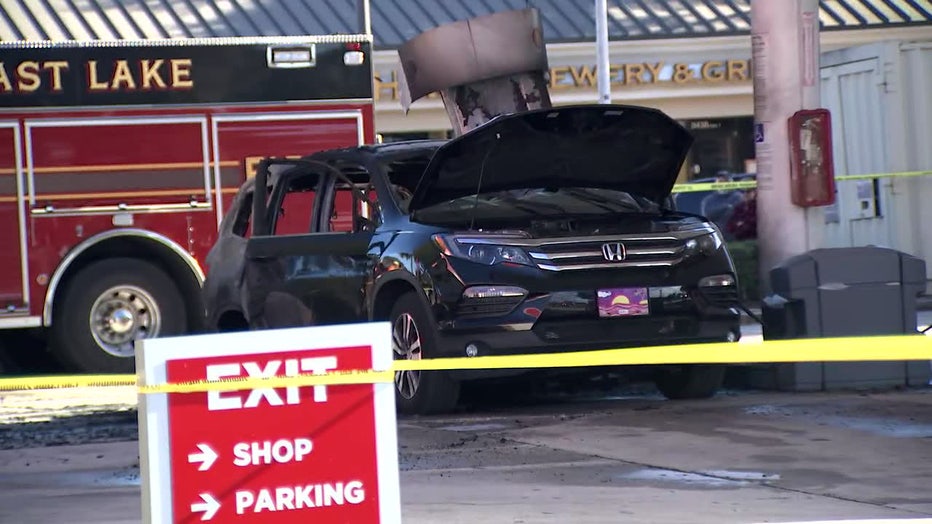 Troopers say a 66-year-old Palm Harbor woman driving a Nissan sedan backed up to the pump, hitting it and causing it to overturn onto the woman pumping gas into her SUV.

FHP says the woman was pinned between the gas pump and her vehicle before the exposed gasoline caught fire.

The woman, who has not been identified, died at the scene.

Troopers are investigating the circumstances of the incident.