TAMPA, Fla. - A young child diagnosed with attention deficit hyperactivity disorder is using his challenges to fulfill his dream of becoming a boxer.

For 10-year-old George Streets Jr., boxing has been a driving force in his life.

"I started boxing when I was three," George Jr., aka Lil' Savage, said. "I feel like I was born for boxing."

When he was two, George Jr. would walk around the house punching everything in his path.

"Not in an aggressive manner, but more so fun," said his dad, George Street Sr. "He would make noises, hit, hit, hit."

At age three, George Sr. father found a gym that would train such a young student.

"I don't know what it's like for other people but for me it's fun. I like training," George Jr. said.

Born with minor autism and diagnosed with ADHD, George Jr. uses the challenges as fuel for success. 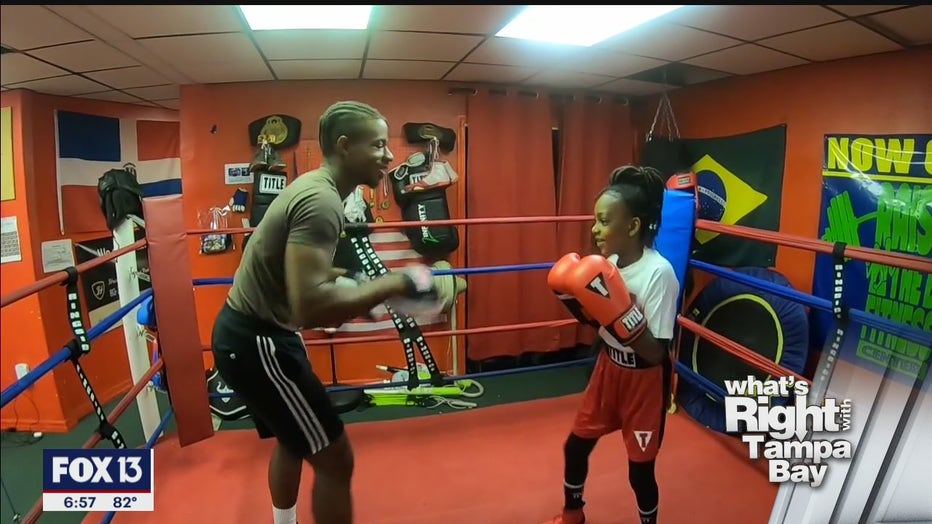 "He puts that energy into his workout, so he is able to focus on his work.  He's able to sit down and do the homeschooling," George Sr. said.

George Jr. wakes up each morning at 9 a.m. to start his 10-hour workout.

"He's a walking billboard. When companies see him they like his personality. They like his swag," George Sr. said.

George Jr. has a simple objective: "My goal is to be the best boxer in the world."

A goal that with hard work and determination can come true. George jr. will have his first boxing match later this year.