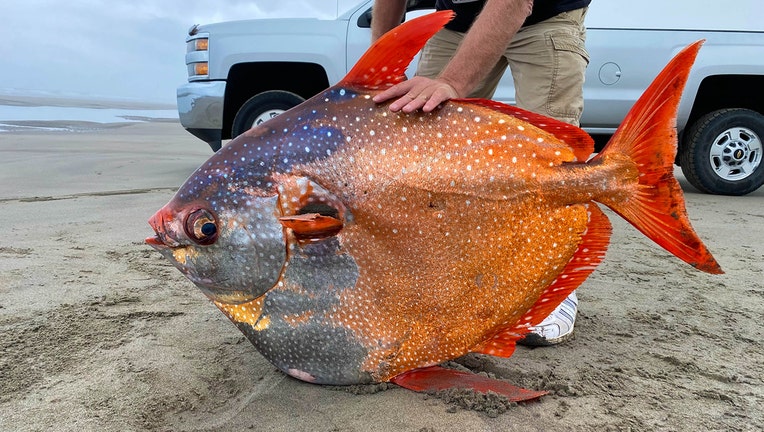 SEASIDE, Ore. - A fish rarely found on the Oregon Coast washed up on Sunset Beach north of Seaside, The Seaside Aquarium said.

A 3.5-foot, 100-pound opah was reported to the aquarium Wednesday morning, KGW reported.

Sunset Beach is located between Seaside and Warrenton on the northern coast. Aquarium officials said on social media that after seeing photos of the fish staff responded and recovered it.

The fish created quite the stir at the Aquarium where folks were encouraged to come take a look at the "beautiful and odd looking fish," aquarium officials said on social media. 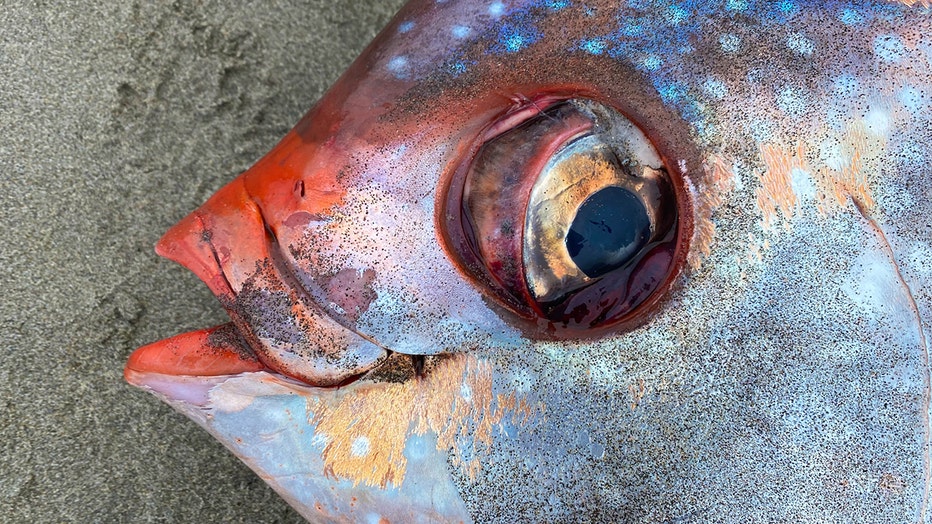 The fish will be dissected by a school group, officials said.

Opah, also known as moonfish, are warm-blooded fish that typically live in tropical and temperate waters in open ocean, according to the National Oceanic and Atmospheric Administration. However little is known about them. It's unknown whether their populations are in decline and little research has been done the basic biology and ecology of the opah.

NOAA began an electronic tagging program in 2011 to help fill the gaps.

A Milwaukie, Oregon man caught a 97-pound, four-ounce opah 35 miles off the mouth of the Columbia River in 2009, according to a story in The Oregonian/OregonLive. NOAA reports that opah's weight average is about 100 pounds.

Scientists believe they are capable of traveling long distances. 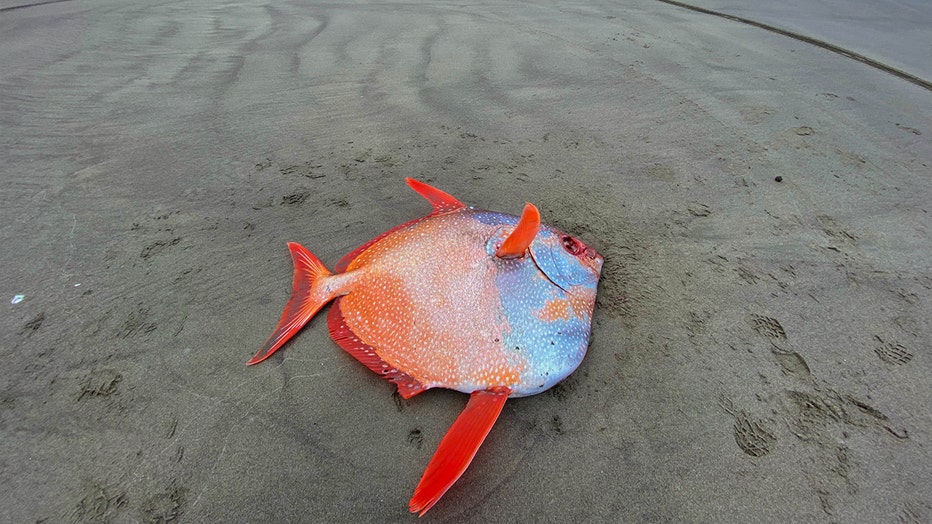