SEMINOLE HEIGHTS, Fla. - If you’re a driver who commutes using Florida Avenue, you may not welcome the news that the number of traffic lanes will likely be reduced through Tampa Heights and Seminole Heights. But, if you live in the Heights, you may welcome the traffic slowdown that may result from it.

"I don’t know if anyone has taken the time to walk down Florida Avenue, but it’s a harrowing experience," commented Justin Ricke, vice president of the Tampa Heights Civic Association.

Currently, three lanes of traffic roll through the Heights on Florida Avenue where explosive growth has occurred and trendy shops and restaurants have sprung up over the past several years. Ricke says it’s one of the best areas in Tampa with one of the city’s worst roads.

But now an $18 million federal grant is on its way to the Heights and much of the money is expected to go toward changes on Florida Avenue.

"To slow that traffic down, but also allow the same volume, to transit those roads in a safe way and then also provide segregated bike lanes, wider sidewalks and better lighting," said Mayor Jane Castor. 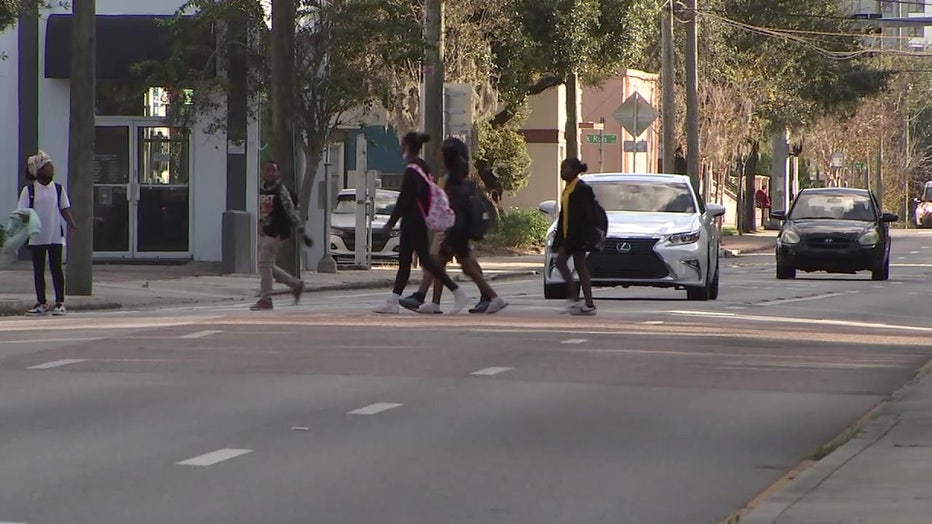 The mayor hopes this grant is followed by a much larger federal infusion from the recently passed infrastructure bill.

First on the list is a modernized streetcar system the mayor says is "shovel ready". It would replace the city’s historic streetcars with faster and larger cars and extend the line from downtown Tampa to Palm Avenue in Tampa Heights. The projected cost is over $230 million.

The changes to Florida Avenue are expected to begin within a few months.