TAMPA, Fla. - Ask just about anyone who rides downtown Tampa’s streetcar why they do it and their first answer almost always relates to the ease of it all.

"It’s the ease of access. You go to Channelside or Ybor and back," said Suiansh Sharma, a University of Tampa graduate who was visiting Tampa Friday.

Keri Shady added, "It’s just a smooth ride, going back and forth. I mean, you don’t have to be in the traffic."

It’s no surprise, says the city of Tampa’s Vik Bhide, that HART’s numbers showed a rise in ridership, compared to pre-pandemic ridership numbers from 2019.

"Businesses want better, transportation and [the trolly provides] better access for a new type of consumer and a new type of resident," he said.

Modern streetcar lines are up and running in cities like Atlanta, Seattle, Washington, Kansas City, and Detroit, where the streetcar line is called The Q.

"Not everybody is working downtown at this time, so if we had full office space, I can’t imagine what that number would be," said HART Board Member Calvin Hardie. "It’d be pretty fantastic."

"It shows that there’s a lot of demand and there’s a shift in culture in how we approach transit," Bhide said. 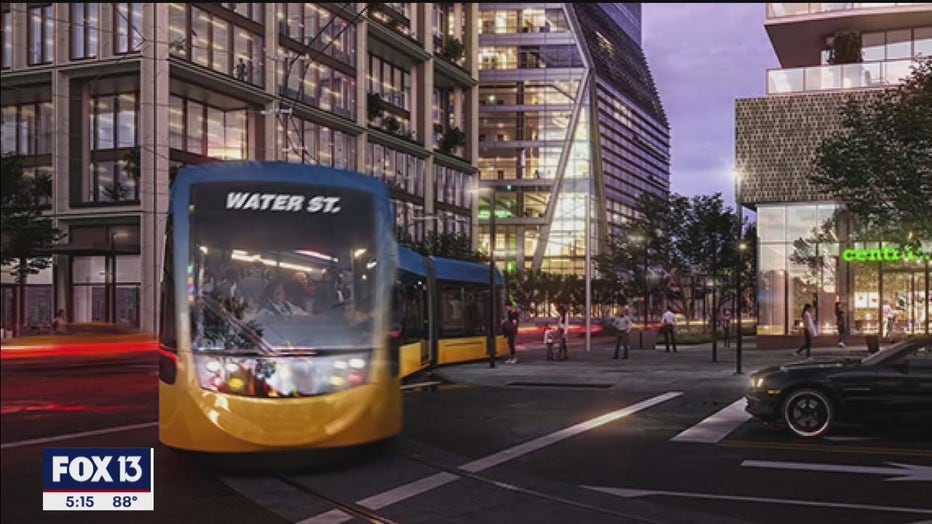 Now we're getting a sneak peek at the future of the streetcar.

Plans call for modernization and expansion of the streetcar system – to the tune of $234 million.

The state is stepping up to help fund a $234 million expansion of Tampa's streetcar, with the Florida Department of Transportation contributing $67 million for new tracks into Tampa Heights and a new fleet of modern-looking streetcars.

The biggest problem with funding has been the loss of $67 million that would have come from the All For Transportation penny tax. It was deemed unconstitutional by the Florida Supreme Court this past spring.

"We’re looking forward to a renewed effort by the county and other partners will be involved towards a referendum of the penny sales tax," Bhide said.

He said as long as strong ridership continues, the project will remain more viable.