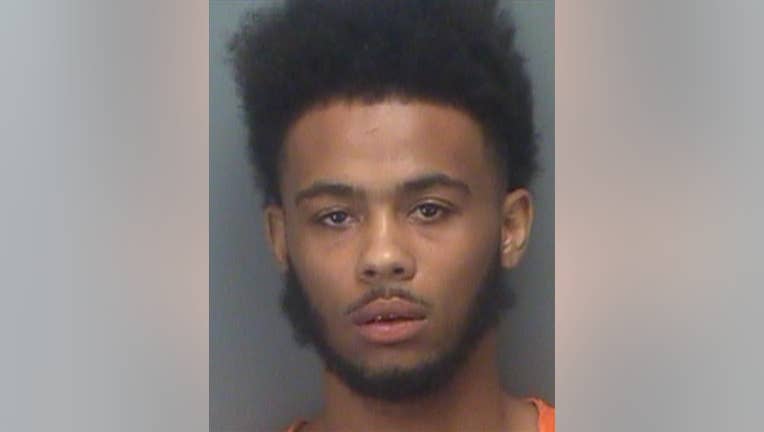 DUNEDIN, Fla. - A 18-year-old, accused of firing a gun at nearby citizens while running from Pinellas County deputies and a K9, was arrested after a SWAT standoff on the roof of a home that lasted for six hours.

According to the sheriff's office, authorities first responded to a report of three suspicious males in the neighborhood around 8 p.m. Fairway Drive and Harrison Drive in Dunedin. Deputies said they made contact with the three individuals, but one, 18-year-old Myles Abbott, fled from them.

K9 deputies began to track Abbott and as he ran away, he was firing a gun at people in the area, officials said. At one point, he struck himself in the right thigh.

Abbott eventually climbed onto the roof of someone's home in the 1000 block of Michigan Boulevard, deputies said. According to the sheriff's office, he was pointing a gun at deputies, who were located on the ground.

Officials said those deputies tried to communicate with Abbott, but he refused to surrender. A SWAT team responded.

Deputies said they even brought Abbott's sister to try to communicate with him, but it was "unsuccessful," they said.

"After nearly 6 hours, specialized equipment and bean bag rounds were used to force Abbott off the roof," according to the sheriff's office. "Deputies from the SWAT Team took Abbott into custody and he was transported to a local hospital for treatment of his self-inflicted gunshot wound. Deputies recovered the firearm and later determined it to be stolen." 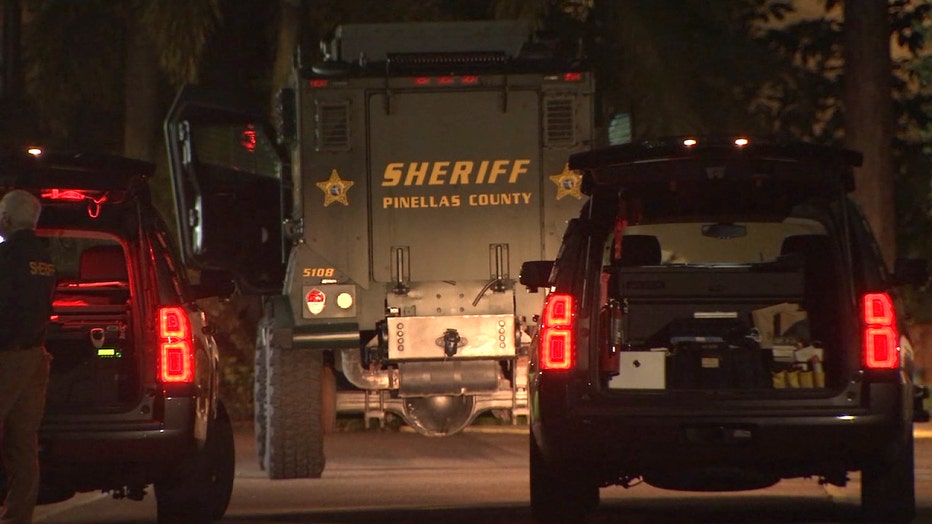 Abbott faces several charges, including loitering and prowling, aggravated assault on a law enforcement, felon in possession of a firearm, carrying a concealed weapon, resisting an officer without violence, and grand theft. Deputies said he also had a warrant for vehicular homicide.

Two others were taken into custody: 18-year-old Ki'moni Anderson and a 16-year-old. Deputies said they were in possession of stolen firearms.