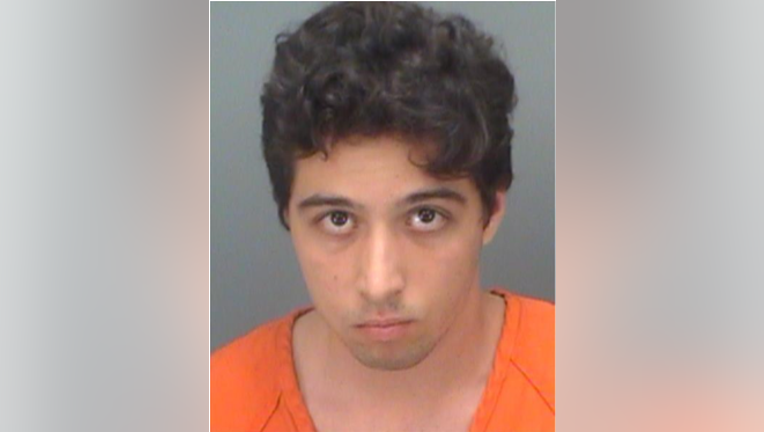 PALM HARBOR, Fla. - Pinellas County deputies said they arrested a 19-year-old for sexual battery after the victim fell asleep in his bedroom.

Detectives said the suspect, Alexander Fortuna, knows the victim, a 13-year-old girl. They said she fell asleep in his bedroom Saturday night. By 6 a.m. Sunday, detectives said she woke up as Fortuna was sexually battering her, but pretended to be asleep “out of fear.”

According to detectives, the victim told them she could smell beer on Fortuna’s breath and heard what sounded like a cell phone taking pictures during the incident.
After, detectives said the young teen called 911.

Detectives said Fortuna admitted to sexually battering the victim, drinking beer, and taking photos on his cell phone during the battery. He had since deleted four of the six photos, they added.

After the battery, Fortuna researched on the internet about sexual battery sentencing and for DNA for sexual assaults.

He was taken into custody around 6 p.m. Sunday for sexual battery and violating probation for possession of marijuana.