BROOKSVILLE, Fla. - Two years ago he was languishing in a government corral after being rounded up in 2013. Today, he's a mustang with a job, a badge and a place to call home. Kristi Miley of Brooksville says she knew Quill was special from the beginning.

"I'm his human," she explained. "If he's out in the paddock, he will talk. He will call me. He will come running to the fence to me. My quarter horse will look at me and turn the other way like 'uh-no.'"

After adopting Quill, the Miley's adopted Gunner. Now both mustangs are two of the newest members of the Hernando County Sheriff's Civilian Mounted Unit.

"I'm blown away, really, by how well these mustangs are doing... and I'm comparing them to quarter horses that have had years of training to get to where they are," Miley shared. "And these horses have only had a few months." 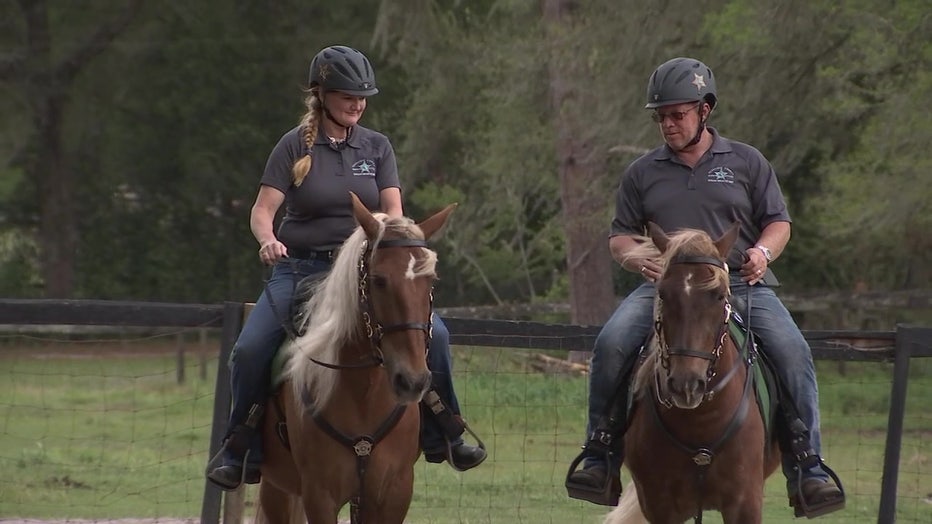 Quill and Gunner had to pass the same test every horse does to make the unit. Training is ongoing as the Mileys continue to desensitize their mustangs to whatever they might encounter.

"The more we work with them with this, the better they get," Miley explained. "A lot of horses, when it's this windy out, will make them upset...I mean he's doing fantastic with this."

Miley says their other mustang, Gunner, is steady as a rock and has exceeded all expectations. She even fired a gun from his back at a recent training session.

"You point any direction and he goes," she said. "The obstacles? Not a challenge. He's interested in them. He just excels. It's just amazing." 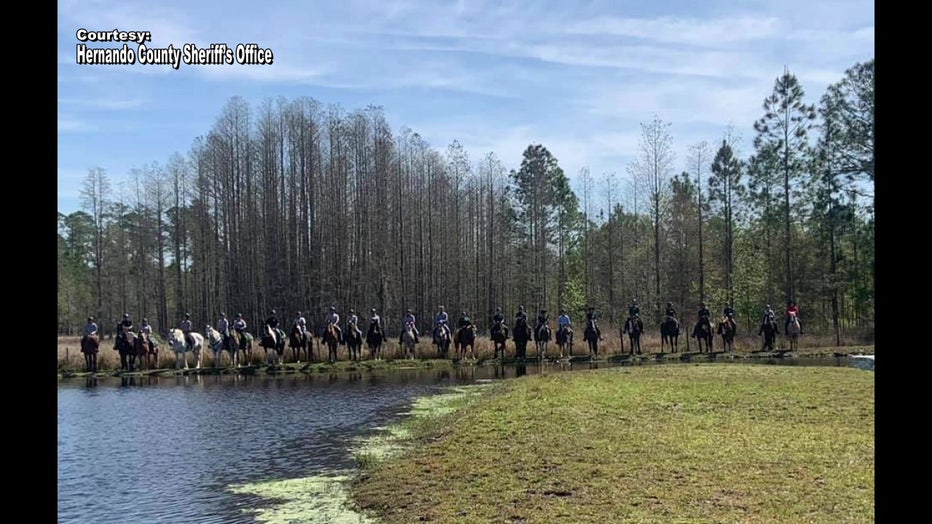 While the mounted unit does parades and community events, they're always on call for something much more serious-search and rescue. Miley has ridden in three of those missions since joining the unit. She says her mustangs are ready when the call comes.

"My guys have pushed through the weeds, pushed through the thick. It's nothing to them. Very different than the domestic. When they hit something and get a little startled by it, but these mustangs, they've been going through this terrain their whole life," Miley stated.

Deputy Bob Cloversettle is in charge of the mounted unit. He says there are times when horses can make a life or death difference.

"Your horse will actually tell you when there's something out there because the ears will go straight up and they'll fixate on that point," he explained. 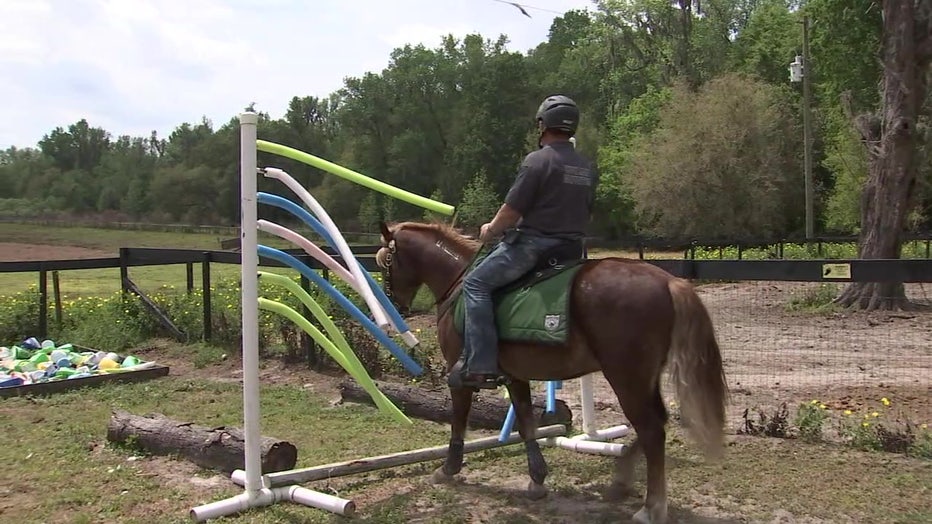 Deputy Cloversettle says he's thrilled to welcome mustangs to the team, and after years of quarter horses, the Mileys are quick to say they're mustang converts.

"They can do everything that a domestic horse can do, so why not? So why not take the time and the initiative and the training? If you give these guys an opportunity, you're going to have a horse for life," Miley said.