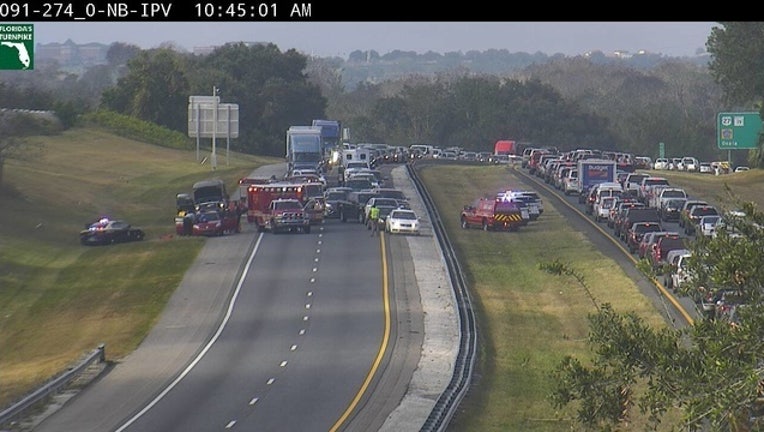 WINTER GARDEN, Fla. (AP) - The Florida Highway Patrol says a possible road rage incident led to a shooting that wounded a man and a woman on Florida's Turnpike.

Sgt. Kim Montes said in a news release that the shooting happened about 10:15 a.m. Saturday near Winter Garden. Troopers are looking for the suspect shooter, who is in a gray Toyota Camry.

The victims were taken to Orlando Regional Medical Center and an update on their conditions wasn't immediately available. Montes said both were shot.

Montes did not immediately say why officials believe road rage may have triggered the shooting. No further details were immediately available.

Montes said all lanes of the turnpike are open, adding that no one is permitted to stop along the roadway while the investigation is underway.