TARPON SPRINGS, Fla. - Two men were arrested for trying to kidnap a 16-year-old Tarpon Springs High School student while she was walking to her bus stop Wednesday morning, investigators said.

According to Tarpon Springs Police Department, it happened while the teenage girl was walking to her bus stop near Grosse Avenue and Harrison Street.

Tarpon Springs police said the two men were in an older model, silver-colored Nissan pickup truck. Maj. Frank Ruggiero said the truck pulled up next to the girl and Warren, who was in the passenger seat, got out of the vehicle.

"[He] told her, ‘Come with us,' and she said ‘no’. [Warren] grabbed her by the shoulder, she struggled with them a little bit and was able to get away from their grasp," said Ruggiero. "You can never say or predict what would have happened, but thank God it didn't happen and she was able to get away and never was in that truck."

The teenager told a school resource officer that an African-American middle-aged man tried to grab her right shoulder. Detectives tracked down the pickup truck a couple of blocks from the bus stop and arrested Williams and Warren, charging them with false imprisonment. 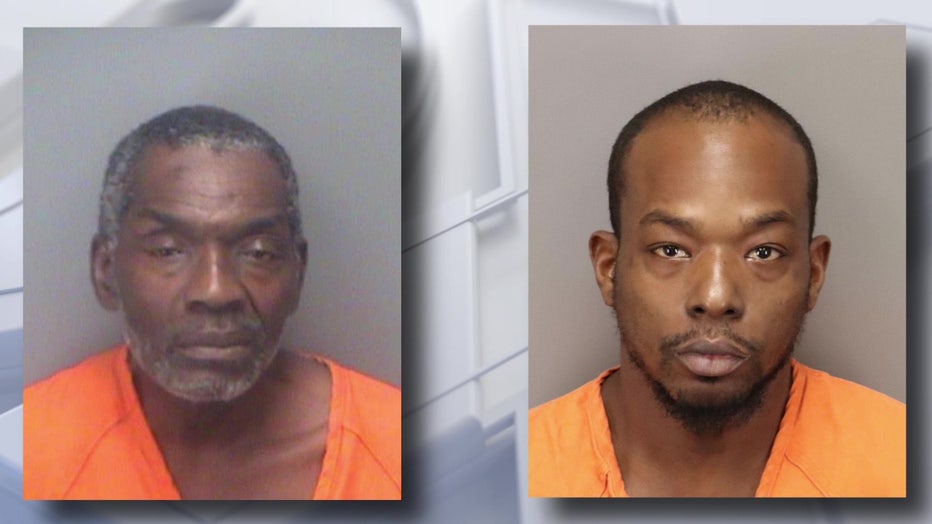 Both men have long criminal histories and have spent time in state prison; Warren has been to prison 10 times. He served five-and-a-half years for second-degree murder in the 1970s and another two years for lewd and lascivious conduct involving a minor in the 1980s.

Police don't know what Williams and Warren, who both live in the neighborhood, planned to do in this case.

"Oh my goodness, that was so brave her to fight back and to continue to go to the bus stop and tell someone. She's a hero!" said Joann Murray, one of the girl's neighbors. "It's really a shame that the kids can't walk to school in the morning without being attacked by someone. I'm glad they caught the guys. They are local guys who live here in the neighborhood and everybody knows them.

We had no idea that they were capable of doing something like that."

Anyone with more information about the incident is asked to call the Tarpon Springs Police Department Criminal Investigation Division Detective John Melton at (727) 938-2849.