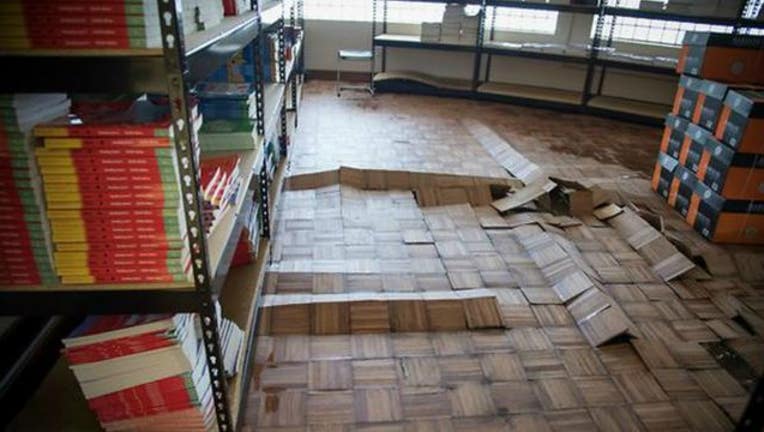 HOUSTON (AP & Fox 32 News) - Thousands of students and parents across Houston are wondering if, when, and where school will start this year for them.

The school district said up to 12,000 students could be sent to different schools because of flood-damaged buildings.

Twenty-two of its 245 schools had extensive damage that will keep them closed for months. About 53 have "major" damage. Superintendent Richard Carranza said the goal is to start the school year on Sept. 11, but that could change. School employees have been told to report to work on September 5.

The district told Fox news late Saturday night that they do not yet have a complete list of which schools are damaged and which are not. When they do, we will post it here.

One of the schools that is seriously damaged is Hilliard Elementary. At one point, the district said, flood waters in Hilliard were four feet high. The floors will have to be ripped out and drywall removed. Surfaces will need to be cleaned with antibiotics and covered in anti-microbial disinfectant.

The district said that two other schools, Mitchell and Ed White elementaries, were still surrounded by water on Saturday morning. They were among about 15 schools the district said were inaccessible because of flooding on Saturday, more than a week after the storm started.

The district said that 115 schools will have to be deep-cleaned before school starts.