LAKELAND, Fla. - The population of Lakeland is growing. A new bevy of baby swans has just arrived at their new home on Lake Morton.

If you have ever seen them, you know the adult swans here are elegant and graceful. They are a very big draw. The new babies are an even bigger one.

29 dark little fluffballs that will soon feather out and eventually turn white like their parents are evidence of a fruitful breeding season, which started in the spring.

"They’re cool. It is a pleasure to see them grow like all the other little creatures around here," said Carole Cox, of Lakeland. 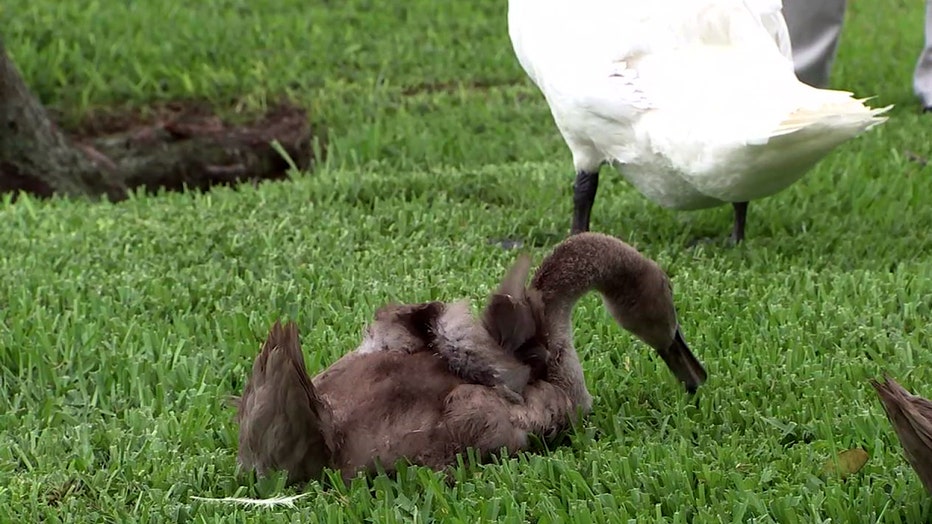 The moms sit on the eggs until they hatch then the city takes the hatchlings to a secret location to protect them.

Every year, city officials round them up so a vet can check and vaccinate the swans.

Lakeland has been rounding up swans for the past 40 years and some residents will be able to own one of these famous feathered fowls.

Still, danger lurks, especially for the young and inexperienced ones.

"Domestic dogs and cats. That’s an issue," explained Kevin Cook, with the city of Lakeland.

A few years ago, a rare baby black-necked swan was released into a holding pen and within hours it mysteriously disappeared.

Watch out for mating swans around Lake Morton

When the black necked swan lost his mate last year after she was hit by a car, everyone thought he'd be flying solo since swans mate for life. But he had other ideas: he's now wooing not one, but two other swans.

"What happened to that swan? We still don’t know," Cook said.

It may have been stolen or dinner for an otter.

However, most babies on the lake do become adults. So now, a group of new little ones is leaving the nest and ready to sink or swim on their own. 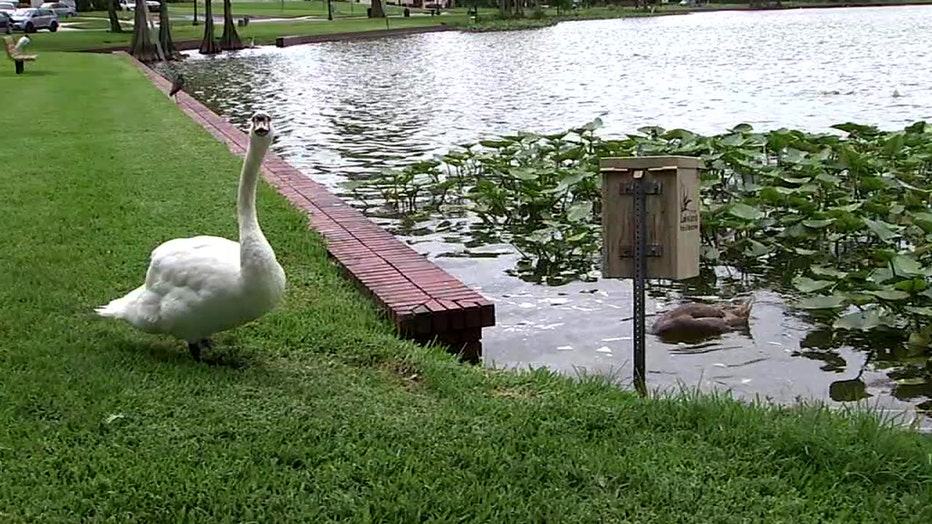 And hopefully, they will without incident.

Not too long ago, Lakeland sold off some of its swans because the lake became overpopulated. With the new babies, the numbers are going up again, so there is probably going to be another sale.

But first, these new little ones still have a lot of growing up to do.

Swans of all kinds were involved in today's auction in Lakeland.