Watch out for mating swans around Lake Morton

LAKELAND, Fla. - It's springtime, and that means love is in the air. Apparently, the same goes for swans.

One of Lakeland's male swans is really taking that to heart.

When his lady love was killed by a car last year, everyone thought the black-necked swan was going to be flying solo because swans mate for life.

But he had other ideas. He is now wooing not one, but two other feathered Femme Fatales.

Steve Platt, who is known as the "swanfather" for taking care of Lakeland's beloved flock, says this behavior is very unusual. 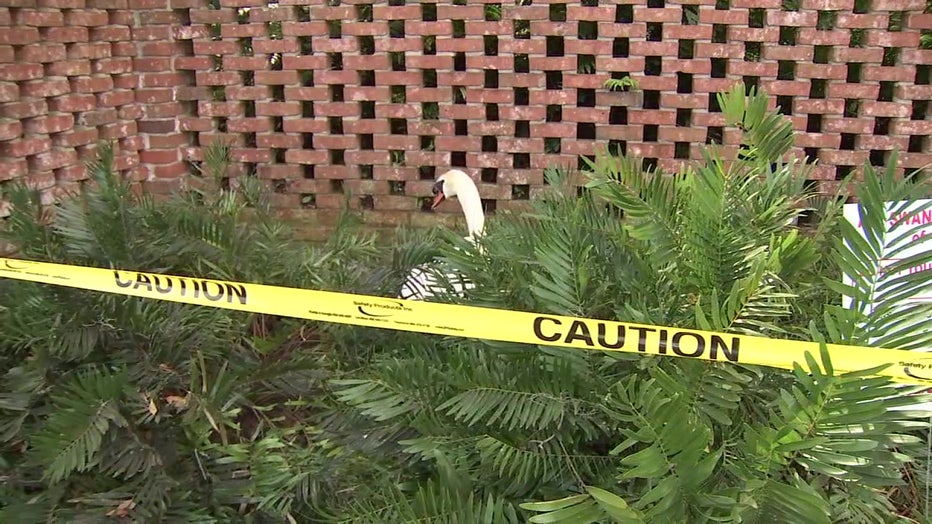 Watch for nesting swans in Lakeland

"It is honestly just a crazy story. We don’t know what to think. We have never seen anything like it," Platt told FOX 13.

As if that’s not enough astounding enough, the male swan is dating female swans of another species. He is a black-necked swan. They are mute swans. That’s something you almost never see.

All three swans take turns sitting on the nest, which so far, has two eggs in it.

The cygnets are expected to hatch in a little more than a month. 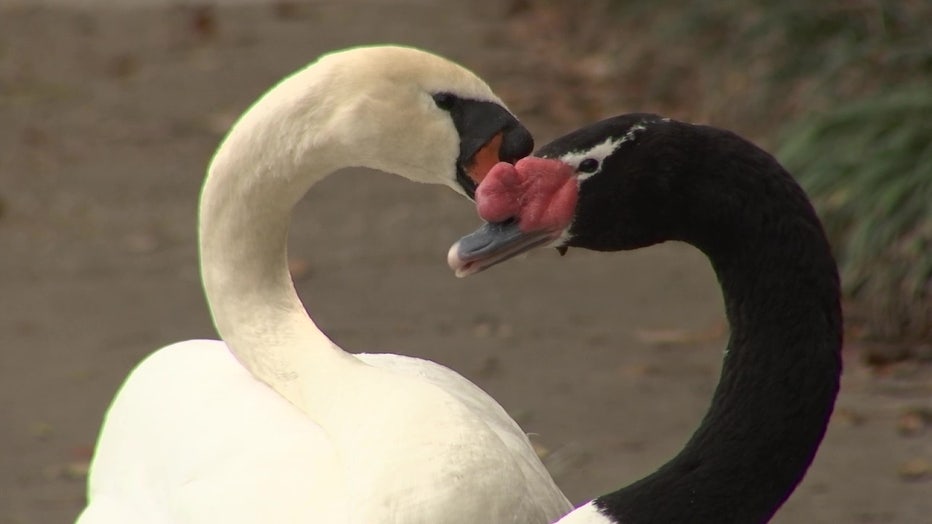 "Could be some black-necked, could be some white, could come out looking like a Dalmatian," said Platt with a grin.

Since the swans have built their nest across from Lake Morton, at South Blvd., they wander back and forth across the street for food, water and to cool off.

The nest is in the same spot where the male swan's previous mate was killed, so the city has now installed signs asking people to watch out for the birds and obey the 20 miles an hour speed limit.