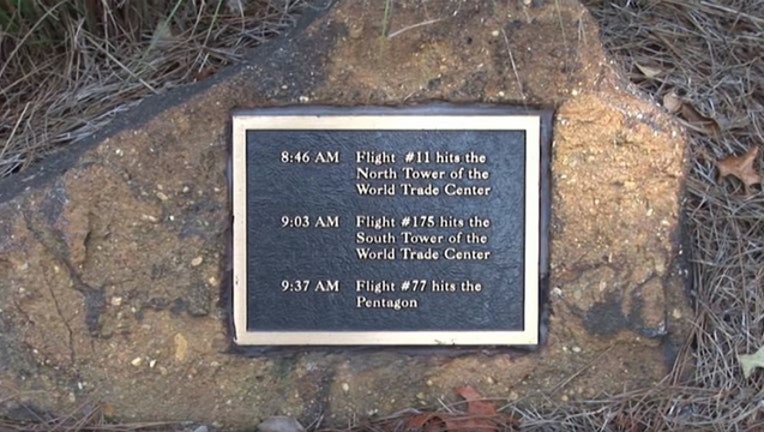 ATLANTIC HIGHLANDS, N.J. (AP) - Three bronze plaques detailing the timeline of the Sept. 11 terrorist attacks have been stolen from a memorial site in New Jersey.

The plaques at the Monmouth County 9/11 Memorial in Atlantic Highlands were discovered stolen Thursday. Officials say they were bolted and glued to stones along a walkway that leads to a large statute of an eagle clutching a beam from one of the fallen towers.

The memorial honors the 147 Monmouth County residents who died in the attacks. Their names are etched in stone beneath the statue.

Atlantic Highlands police say they believe the plaques were stolen sometime between Wednesday and Thursday.

Authorities are offering a $5,000 reward for information leading to an arrest.