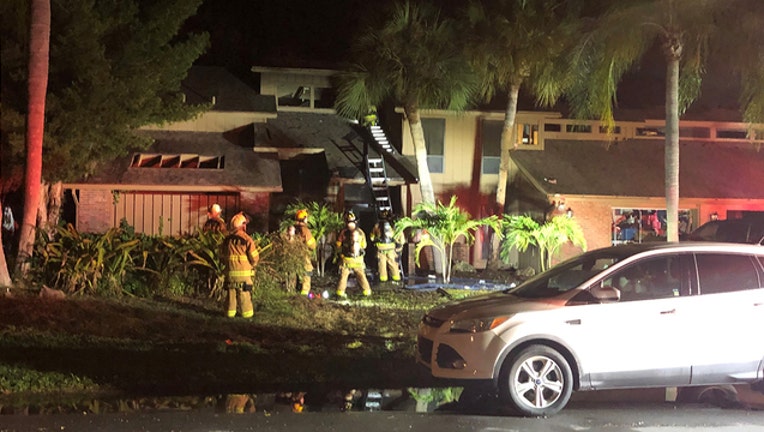 SARASOTA, Fla. (FOX 13) - Several firefighters had to be transported the hospital after battling a house fire in Sarasota.

The fire broke out at a two-story home, located on the 3000 block of Country View Drive, on Saturday evening.

Fire officials said three firefighters were hospitalized, two with heat-related symptoms and one with an unknown medical issue.

It is not known if anyone was inside of the home at the time of the fire, but authorities said there were no reports of injured occupants.