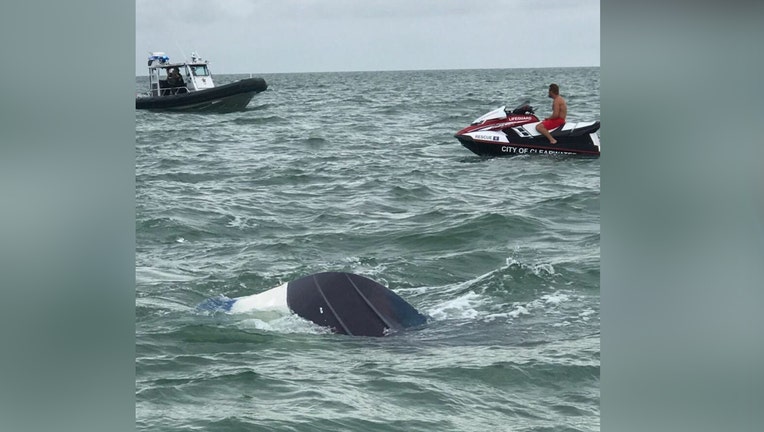 CLEARWATER, Fla. - Three people were rescued Saturday morning after their boat overturned off Clearwater Beach. It happened around 11:30 a.m. at the mouth of Clearwater Pass.

Lifeguards on the beach saw three people clinging to the small bottom part of the boat that was still above water.

Two lifeguards on jet skis launched from the beach area and gave the three life jackets until a boat could take them to shore.

Clearwater police, Clearwater Fire & Rescue, the Coast Guard and FWC were on scene.

No injuries were reported and the FWC is investigating.