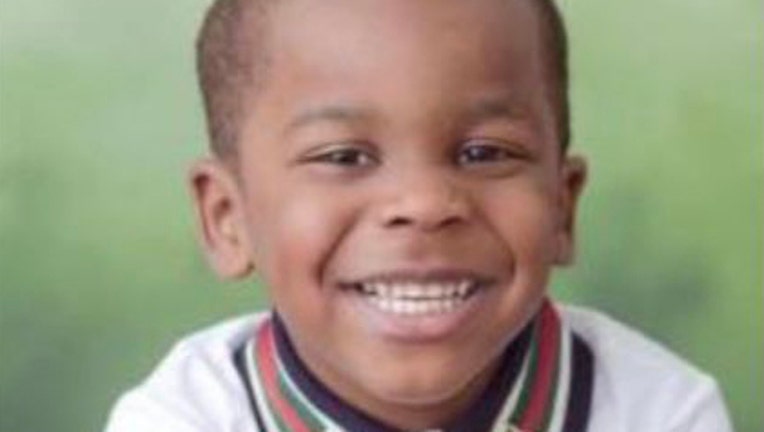 MIAMI, Fla. - Over the weekend, a three-year-old boy was fatally shot during a birthday party in Miami-Dade County.

On Saturday, officers responded to a ShotSpotter alert at a home near North Miami Avenue and Northeast 158th Street. They said they found the boy, Elijah LaFrance, with a gunshot wound.

"My officer swiftly picked up the child from the floor, put him in his police car and drove him to the hospital, and unfortunately the child is deceased," Miami-Dade Police Department Director Alfredo Ramirez III said to WSVN.

"We will do everything we can to bring this murderer to justice & we must stand together to demand an end to this cycle of tragedy," tweeted Miami-Dade Mayor Daniella Levine Cava.

A 21-year-old woman was also injured in the shooting and is expected to be OK.

Miami-Dade police said it appears Elijah and the woman were attending another child’s birthday when the shooting occurred. Police said they have yet to identify a suspect, who fled after the shooting. It’s unclear whether the two victims were the intended target.

The party was taking place at an Airbnb rental, which was booked for the party, reports WSVN. The news station reports the shooting occurred following an altercation outside the rental.

Neighbors said they heard up to 30 rounds being fired.

Elijah’s cousin, Adrian Annestor, told the Miami outlet that the young child was full of life.

"I wish I could tell him goodbye," he said. "That boy was so happy."

"I wish it could be me," Annestor added. "He could take my spot, and then he could live."