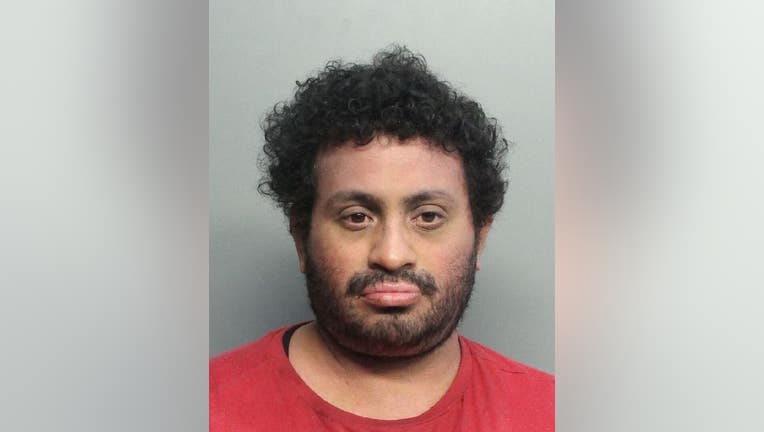 MIAMI BEACH, Fla. - A Florida man confessed to fatally stabbing his mother with a kitchen knife as she lay on a pullout bed in the apartment they share, police said Tuesday.

The body of Candida Navarrete, 63, was found the day after Christmas when a landlord let a pest exterminator into the apartment, the Miami Beach police said.

Her son, Edwin Chow, 31, was booked early Tuesday and charged with second -degree murder. He is being held without bond in the Miami-Dade County jail.

Navarrete’s body was found wrapped in a sheet and a pillowcase was placed over her head. She had lacerations on her chest and neck and blood was found throughout the apartment, according to a police report.

Chow was spotted on a Miami Beach street Monday and taken in for question, he admitted to stabbing his mother, the police report said. Jail and police records don’t indicate if he has a lawyer.