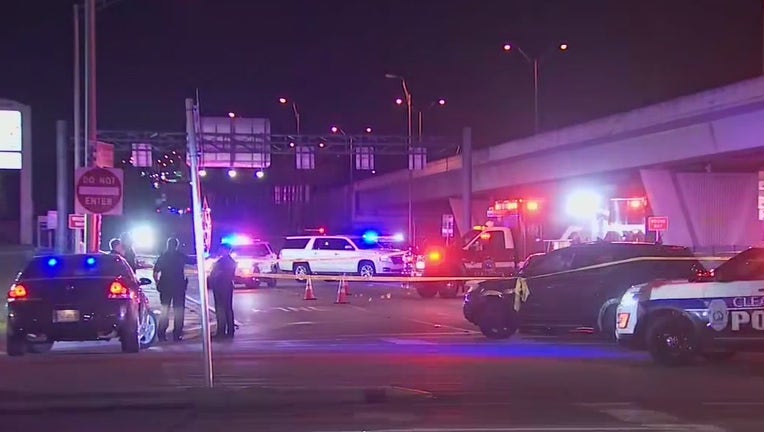 Clearwater police and Clearwater Fire & Rescue responded to the shooting, which was reported at 9:30 Monday night.

Crews said they found multiple victims near the intersection of Drew Street and U.S. 19.

Three were taken by ambulance to the hospital. One person, a man, died from his injuries after being flown to St. Joseph's Hospital in Tampa.

Clearwater police said officers are searching for the suspect, who was seen driving a black Nissan Altima with faded paint on the hood.

Police believe the victims were targeted.

Anyone with information about the shooting is asked to call Clearwater PD at 727-562-4242.

The southbound access road of U.S. 19, south of State Road 590 and in the area of Drew Street was closed to traffic, but reopened Tuesday morning.