TAMPA, Fla. - Dozens of flag football teams from across the state came together at Raymond James Stadium Saturday to compete in the 4th Annual Sunshine Bowl to raise money for Special Olympics Florida.

Teams were made up of all ages and included corporate, recreational, youth and law enforcement groups. All the proceeds will go to benefit Special Olympics Florida. It's an important annual fundraiser for the organization made possible with help from major sponsors including the Tampa Bay Bucs, Publix and Coca-Cola.

"We provide year-round sports training and competition, critical health services, leadership development and inclusive programming so the funds we earn today are going to support those athletes," Smith said.

It makes it so there's no cost to the more than 60,000 children and adults with intellectual disabilities who compete in the games every year. 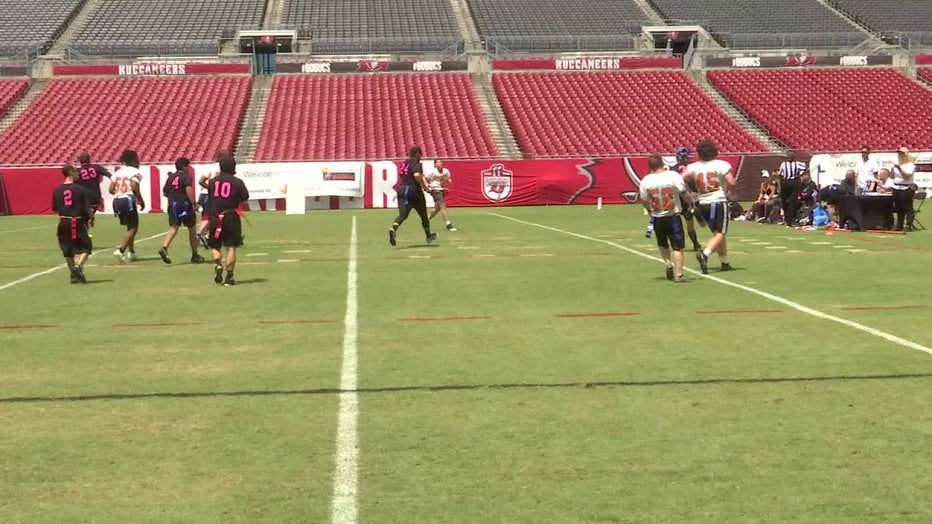 "No better place in the world to play football than Raymond James Stadium. They get to enjoy the beautiful place. Coca-Cola, Raymond James and the Bucs. It doesn't get any better than that except for the kids that are out there," former Bucs defensive tackle Warren Sapp said.

It's a special cause to Sapp who helped organize the event which included a silent auction, a punt, pass and kick competition and a cheerleading clinic.

"This is not just for Special Olympics athletes. This is an opportunity for the community to come out and play on the field and help raise money for such an incredible cause that services your community," Smith said.