Many young adults have a gloomier outlook on America’s democracy, according to the results of a recent Harvard poll.

The Institute of Politics at Harvard Kennedy School polled 2,109 Americans between 18 and 29 years old and found a majority of respondents (52%) believe the United States’ democracy is "in trouble" if not already "failing."

Only 7% of respondents view America as a "healthy democracy." Twenty-seven percent called the government "somewhat functioning."

Democratic voters were evenly split on the topic. Forty-four percent of them called the democracy healthy or somewhat functioning while 45% said it is troubled or failed.

Republicans (70%) were far more likely to believe the U.S. is a troubled or failed democracy. A slight majority of independent voters (51%) shared the same view.

"After turning out in record numbers in 2020, young Americans are sounding the alarm. When they look at the America they will soon inherit, they see a democracy and climate in peril — and Washington as more interested in confrontation than compromise," said IOP Polling Director John Della Volpe. "Despite this, they seem as determined as ever to fight for the change they seek."

Despite the pessimistic outlook, young Americans generally don’t believe the U.S. will fall into a second civil war in their lifetimes. Only 35% of respondents expected to see that happen. And 25% believe at least one state will try seceding from the union again.

By a margin of 2-to-1, most young adults indicated they valued political compromise over confrontation.

"Our political leaders on both sides of the aisle would benefit tremendously from listening to the concerns that our students and young voters have raised about the challenges facing our democracy and their genuine desire for our parties to find common ground on solutions," said IOP Director Mark Gearan. 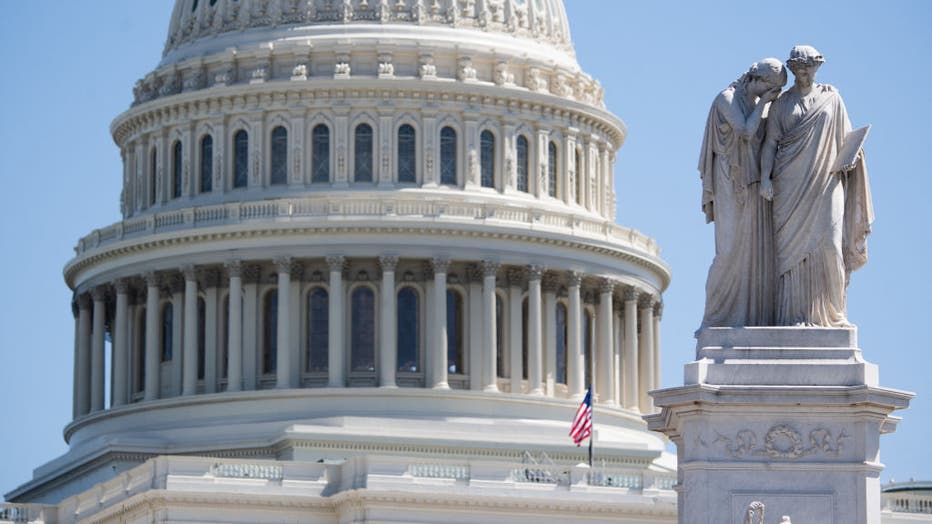 The poll also found the COVID-19 pandemic weighs heavily on young Americans. Half of the respondents said they’re a different person because of COVID-19 and 51% said the pandemic has affected them negatively.

In terms of mental health, 51% of young adults reported feeling down, depressed and hopeless. A quarter of young Americans reported thoughts of self-harm several times in the last two weeks.

"Right now, young Americans are confronting worries on many fronts. Concerns about our collective future – with regard to democracy, climate change, and mental health – also feel very personal," said Jing-Jing Shen, student chair of the Harvard Public Opinion Project (HPOP). "Yet, amidst all of this uncertainty, and especially coming out of the isolation imposed by the pandemic, young people have come to even more deeply value their communities and connections with others, not only in contending with these crises but also in striving for a meaningful life."

A majority of them (58%) indicated strengthening the economy was key to defining a successful president. Uniting the country (45%) and improving healthcare (42%) were among the most popular responses.

Climate change came in at 33%, roughly the middle of the pack. And more than half of the respondents said the federal government doesn’t do enough to address environmental concerns.