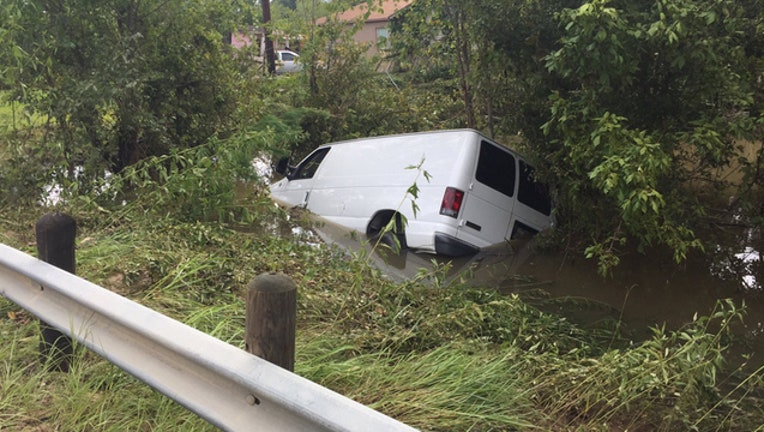 Six family members drowned in Houston when their van was swept away by floodwaters.

KHOU-TV was the first to report four children -- the youngest, a 6-year-old girl -- and their grandparents were dead after the van hit high floods Sunday afternoon when crossing a bridge in Greens Bayou.

The driver of the vehicle, the children's great-uncle, reportedly escaped before the van was submerged and grabbed onto a tree limb as the van sunk. He told the children inside to try to escape through the back door, but they were unable to get out.

Sheriff's officials on Wednesday found the white van after flood waters went down. The van was lodged in a shallow creek or ditch behind a guardrail.