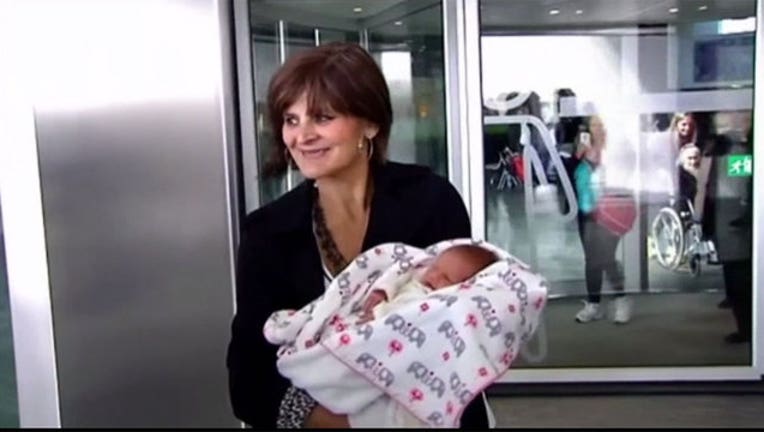 A 62-year-old woman from Spain has become a new mom.  Lina Alvarez of Lugo, in northwest Spain gave birth to a girl she named Lina.  She says "it's impossible to be happier" at having her baby late in life.

Baby Lina was born on October 10th.  She was born a month early due to mom's blood pressure problems and weighed 5 pounds and 2 ounces.  Lina is Alvarez's third child.  Her oldest child is 27-years-old and she also has a 10-year-old.

Due to the mother's age, the hospital took precautions to keep her at the facility for seven days.

Alvarez says wants others to have children late in life too, if they're healthy.

"I encourage (older women), I really do encourage them - if they have good health - to have a baby when they have a more advanced age. They should have it because mother nature is very wise and sets the limits, not gynecologists, it is nature that decides. As you can see this has been a normal pregnancy, which has happened in a natural way, from the second month I didn't need any medication. I have shown that you can have a child when you are of an advanced age, if you are healthy and you look after yourself. There are many mothers who are wishing (to become pregnant) but don't because they are not well informed or they don't have enough courage. But I do encourage them, and I gave them hope that they can fulfill their dreams because this is a dream come true."