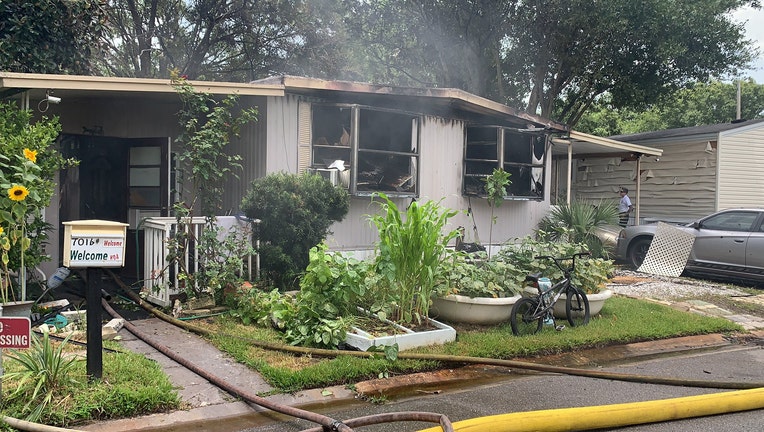 According to firefighters, a double-wide mobile home was 30 percent engulfed when they arrived on the scene.

Firefighters began fighting the fire offensively, but switched to a defensive tactic due to the heavy fuel load within the home, according to HCFR.

With the high heat index on Friday, the commander called for a second alarm to have fresh personnel work the fire.

It took approximately 30 minutes to put out the blaze.

All residents made it out of the home.

The fire investigator was called to the scene to determine the cause of the fire.

The American Red Cross was also called to assist the family.