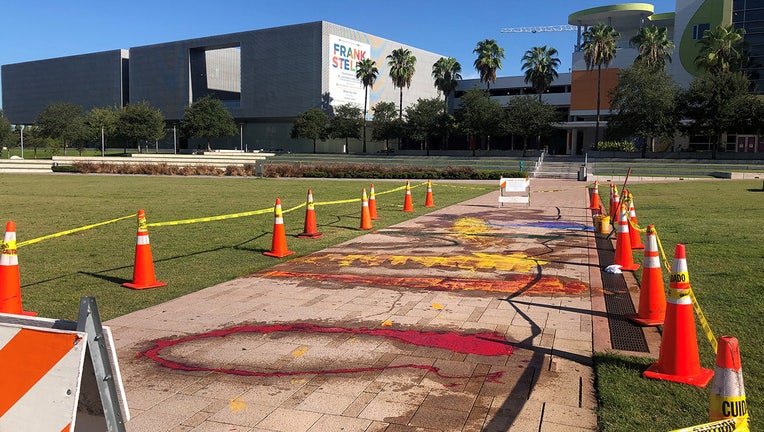 TAMPA, Fla. - Seven people have now been charged for dumping paint on a sidewalk at Curtis Hixon Park over the weekend.

According to police, the suspects – ranging in age from 22 to 35 – brought paint and rollers to the downtown park Saturday evening, then poured the colorful paint out on the sidewalk.

Nearby TPD officers moved in, claiming the group had “what appeared to be malicious intent to damage city property.” 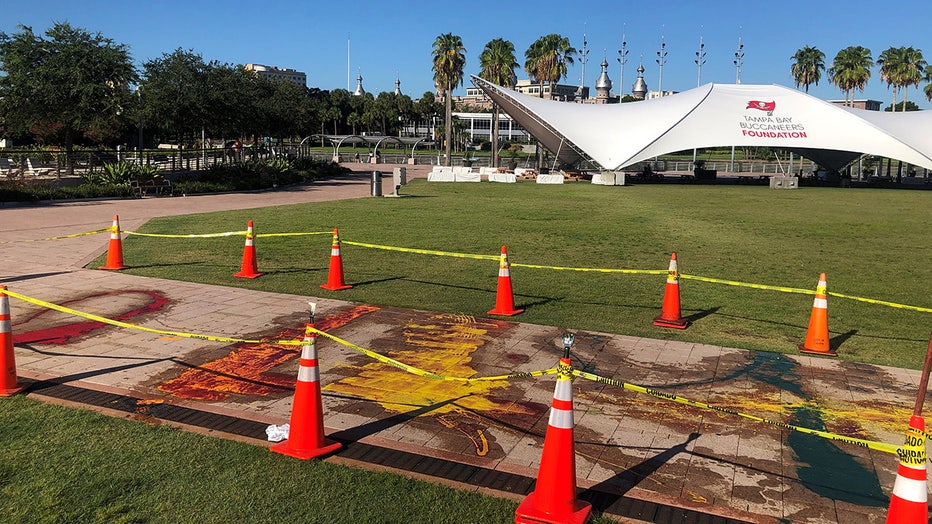 A Tampa police spokesperson drew a distinction between this group’s arrest and the lack of charges yet for those who controversially painted a “Back the Blue” mural outside of TPD’s headquarters without a finalized permit.

“While they (BTB) are under investigation, it is clear they met with city staff to attempt to obtain approval for the placement of public art versus individuals who showed up to the park this past Saturday with paint hidden and concealed in backpacks with rollers, who then threw paint over the sidewalk,” Jamel Lanee' said. “The chief had a press conference last Thursday and made it clear, any group who paints without a permit will be arrested for criminal mischief.”

When the 'Back the Blue' mural was vandalized, police did not permit the group to repair the damage, citing the permit status.