A TikTok user is spreading the joy of delicious, home-cooked meals to nightshift workers.

Demi Lee, who goes by the TikTok username @demilee64, posted a video on the social media platform earlier this week where she gave a 7-Eleven employee a full meal while he was working.

In the clip, Lee wrote: "Went to the gas station for lighter fluid. I told the clerk I would bring him a plate before he got off work. He thought I was lying. This was his reaction…"

In the video, Lee shows the food she’s packed up, including ribs, beans and mac and cheese.

Then it shows her driving back to the gas station and walking inside the 7-Eleven.

When she opens the door, a voice says, "Oh my god" and Lee starts to laugh. 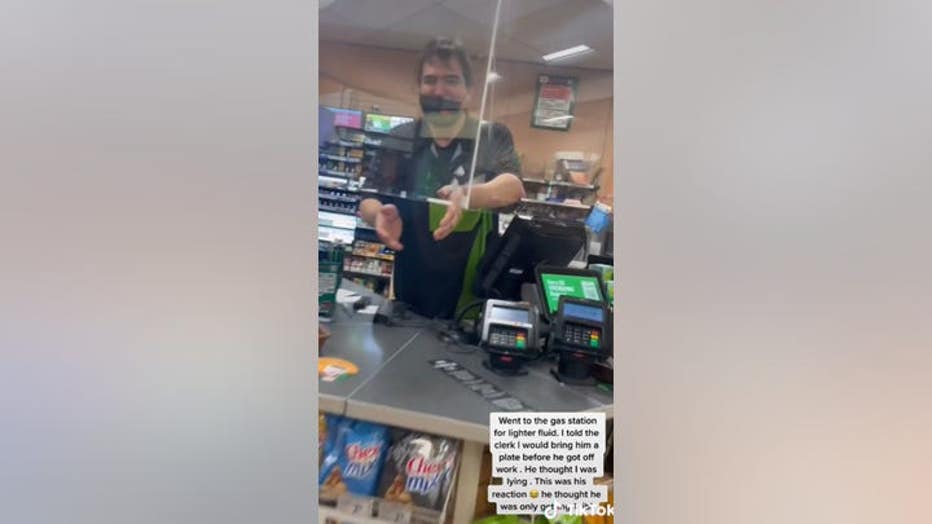 A woman recently went viral on TikTok for delivering a home-cooked meal to a 7-Eleven employee. (Demi Lee)

"I told you I was coming back," she says in the clip as she walks up to the counter and hands over a bag with food inside.

The clerk thanks her and Lee explains that her mom wants to see his reaction to the food, so he opens the bag and the plates of food inside.

The clerk even takes a bite of the ribs and comments on how tasty they are.

Since Lee posted the video earlier this week, it has been viewed more than 4.3 million times.

Commenters on the video were blown away by Lee’s generosity and what it must have meant to the clerk.

"That is such a sweet thing to do," one person wrote. 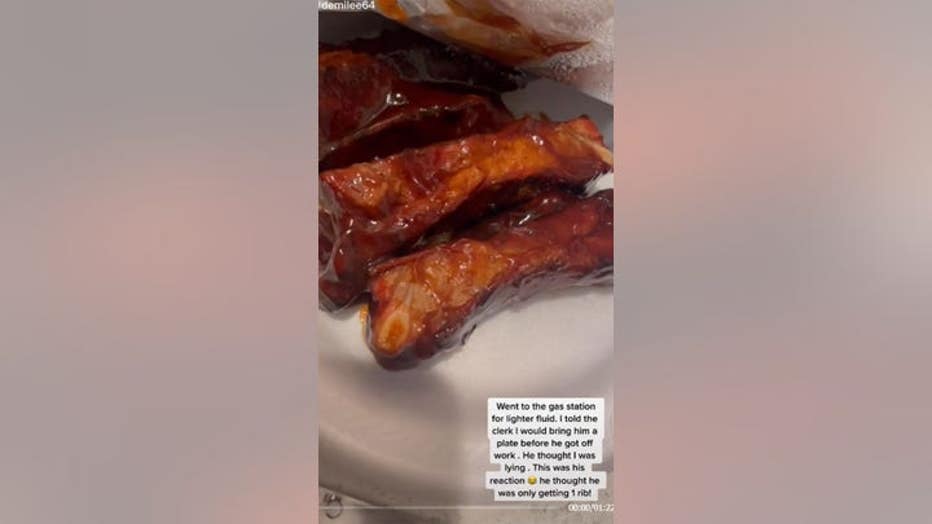 Demi Lee told FOX News that she went to her local 7-Eleven to buy lighter fluid and explained to the clerk that her family was making barbecue for dinner.  (Demi Lee) 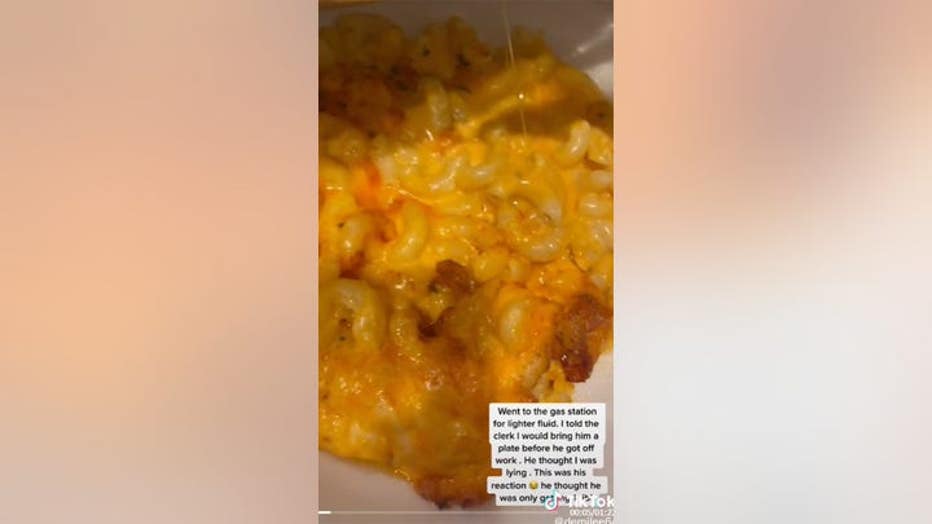 In a follow-up video, the clerk said he especially liked Lee’s mac and cheese, which she included along with ribs and beans.  (Demi Lee)

Lee also posted a follow-up video where she talks with the clerk the next day to see how he enjoyed his dinner.

Lee told FOX Business in an email that she originally went to the 7-Eleven to get lighter fluid for her grill because her mom was making barbecue for dinner. When Lee spoke with the clerk, he was surprised she was grilling and asked, as a joke, where he could get some for himself.

Lee said she promised to bring him a plate and, as soon as the food was done that night, she returned to the 7-Eleven with the meal.

She said the clerk was "shocked" when she walked into the store.

"When I showed up with not just the barbecue like he asked, but all of the sides, too, he was so happy," Lee said.

Though she had initially only planned to show the video of the clerk’s reaction to her mom – who had asked Lee to film his reaction – she decided to post the clip on TikTok to share with her followers. 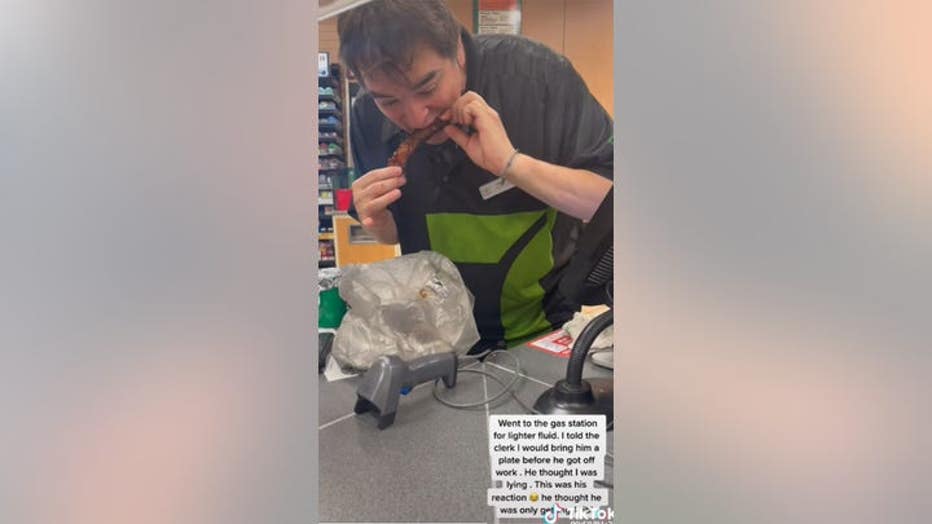 The clerk jokingly asked Lee where he could get some of her dinner and she promised to bring him a plate. As soon as the food was done cooking, Lee said she returned to 7-Eleven to give the clerk a full meal.  (Demi Lee)

"I was sure no one would see it anyway," Lee said. "My videos never got more than a few hundred views."

However, this video was different.

"I woke up the next morning and my phone was blowing up," Lee said. "I couldn't believe it."

Lee has continued to deliver meals, including a meal to the mom of another TikTok user who commented on Lee’s original video.

Lee said she’s been delivering food to people all week and will continue handing out home-cooked meals "even after the holiday season."

Lee said that even as she continues to do good deeds for other people, she hopes more people are inspired to help those around them in whatever way they can.

"Everyone deserves kindness," she said.