Child comes to cafe after being allowed to leave school

Fredy is 7 and was allowed to leave school on foot after telling his teacher his mom said it was OK. He ended up a mile away and in need of help.

BRADENTON, Fla. - It's the last phone call Maria Fuentes expected. On Nov. 4, her 7-year-old was being picked up by his nanny at Daughtrey Elementary, but little Fredy wasn't there.

A teacher mistakenly let Fredy walk home. By the time school staff started searching for Fredy, he was already lost. He walked along 63rd Avenue East for more than half an hour.

"They asked the teacher, 'Where’s Fredy?' She said, 'He wanted to go home walking. He said he was allowed so I sent him home walking,'" Fuentes said.

Fredy's walked about a mile in the wrong direction, but then he saw a sign that caught his attention. It was Café Havana, in big, red letters, and he knew it was a safe place to ask for help.

His grandma wasn't at work, but an employee helped the distraught 7-year-old. The interaction was caught on surveillance footage.

"Seeing him cry like that and stressed and scared, looking for us, it was just like, 'I have to do something,'" said Fuentes.

Fredy's mom is upset. She's never let her son walk home. One block away from their home, an older student has been hit twice while at his bus stop. 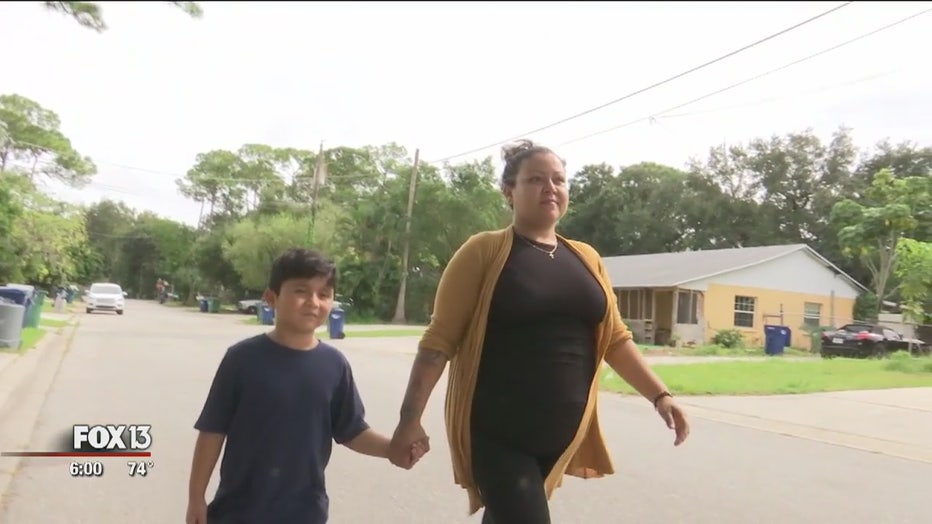 "There are cars who don’t care and drive like crazy," she said.

The Manatee County School District said there was confusion that day. They're working to make sure it doesn't happen again. Fuentes continues to worry over her son's safety. She's since taken him out of school and is working to enroll him in a charter school.

"They want to say he’s at fault, that it wasn’t the teacher. Yes, my son is being punished for lying, but regardless of that, who is going to listen to a little boy on what he wants to do?" questioned Fuentes.