TAMPA, Fla. - Investigators are trying to determine what sparked a fire that damaged several apartment units in Tampa.

Hillsborough County firefighters responded to Stone Creek Point Condominiums – located off Fletcher Avenue – after 10 p.m. Monday. They said the fire was under control in about 30 minutes, but it was enough time for heavy damage to be done.

Officials said a total of 8 units were damaged. There were no reported injuries.

One resident told FOX 13 he didn't hesitate to jump into action. John Hosie said he heard banging on his door and someone yelling, "Fire!" he said he ran upstairs to try and help with a fire extinguisher but says it was no match for the flames and smoke. 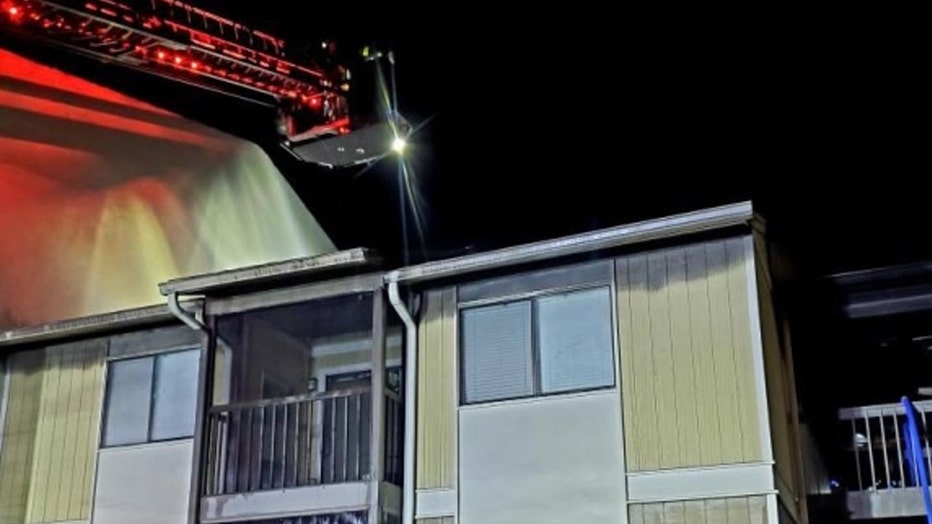 "I grabbed my fire extinguisher which ran out almost immediately. It couldn't do anything for what was going on," he described. "There was dark smoke and ash flying out of his unit."

On Tuesday morning, Hosie says the clothes on his back are currently all he has.

READ: No arrests after hundreds of children involved in brawl at trampoline park

Residents who were affected were sleeping at nearby hotels overnight. The Red Cross is assisting those who are displaced and need a place to stay.