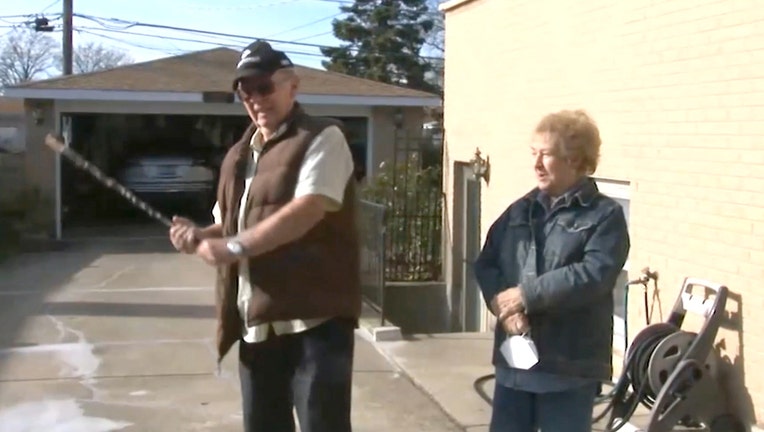 NILES, Ill. - An Illinois couple had the luck of the Irish on their side, saying they defended themselves against an attempted burglary while using a treasured heirloom.

Dan and Barbara Donovan are cautious about strangers, but they let a supposed utility worker into their home to check a fuse box after a recent neighborhood fire. It turned out the utility worker was actually a would-be thief.

They told WLS-TV the fake worker served as a distraction while Dan, a former Marine, was with the individual on one floor of the home. Meanwhile, Barbara heard noises from another floor, which ended up being two accomplices who entered the home.

The couple said they were gathering items from the house when Dan grabbed the family heirloom, a shillelagh, and chased after them -- while barefoot. 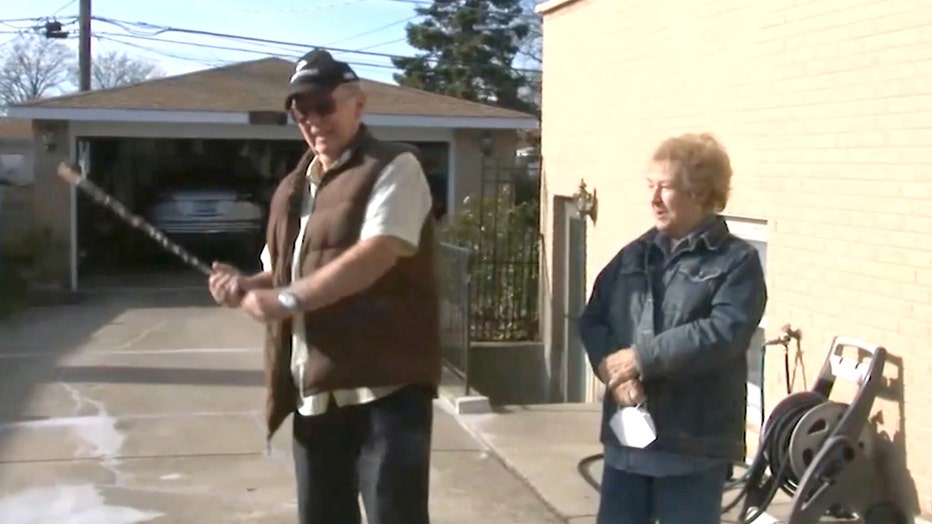 "I yelled out 'Danny, there's someone in the bedroom!', The floor was squeaking and he came running and the guy was after him, and he,  I didn't even know he grabbed the shillelagh," Barbara said.

Dan said he hit one on the head, then pounded their vehicle with the club. All three suspects fled.

"They were backing up at high speed and I hit the windshield, and I hit the hood on the way out, and I chased them down the street," he said.

One of the reasons the Donovans had let their guard down is because the day before they had received a letter from their electric company saying utility crews would be working in the area.

Dan and Barbara said their ancestors were looking out for them. The shillelagh belonged to Dan's grandfather and dates back to the 1800s.

Local police said if someone knocks on your door claiming to be from a utility company, verify their employer.