FORT MEADE, Fla. - Fort Meade is going out of its way to honor its high school graduates this year. It is hanging 90 banners from one end of the town to the other. Each one has the face of a graduate on it.

Since Carson Spradlin is valedictorian, he gets two. He said his mom, not surprisingly, is thrilled. 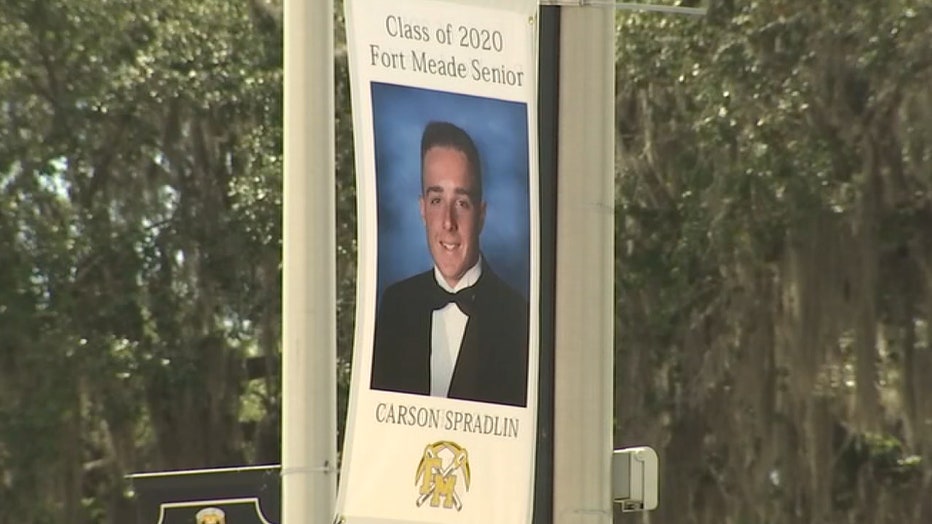 The town came up with the idea after the high school graduation, prom and senior bash had to be cancelled because of COVD-19.

State Representative Melony Bell, R-District 56, discovered that a town in Colorado was using photo banners to honor their graduating class of 2020, so she thought Fort Meade should follow their lead.

“The minute we put it on Facebook, within an hour we had raised half the money that we needed,” Bell recalled. 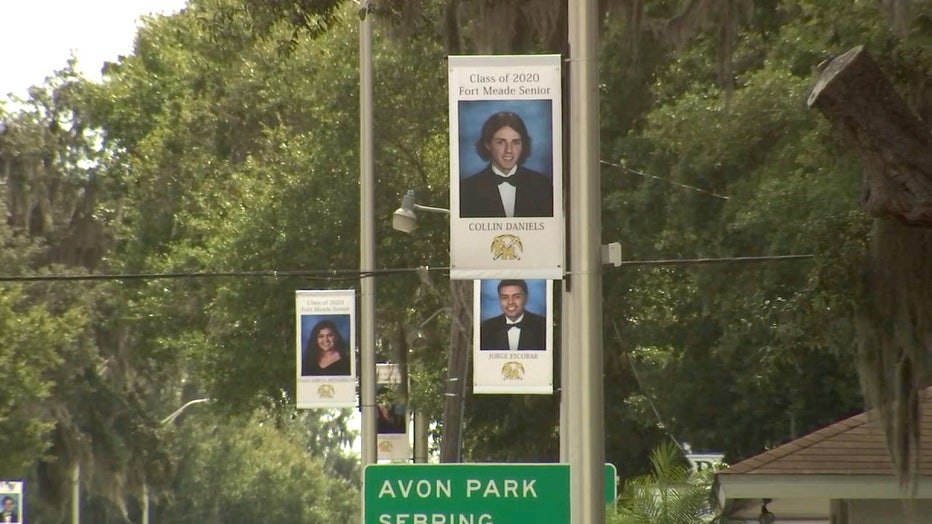 The town is also planning a parade for the students.

“On their old graduation date, May 20, 2020, the class of 2020 is going to have a parade that mirrors the Christmas parade,” said Amy Hardee, principal of Fort Meade Middle Senior High School.

The Fort Meade Christmas parade snakes through downtown, and is the kind of an event that brings out everyone and his brother. It is a big social event.

Halee Shaver, a graduating senior, said she still laments that she is not going to have a traditional graduation at her school, but appreciates all the effort that Fort Meade is putting into the banners and parade.

“It will never replace it,” she said. “But it helps us through the year, and lets us know that we still have support. We are just getting honored in a different way than we would have been before.”