The popular cigar bar has the glowing Google reviews to show for it. That's why Yue found it strange when she noticed a sudden surge of one-star reviews on Sunday.

"It hasn't stopped. I get a notification like every few hours, it pops up on my phone. I think we're probably at about a couple of dozen now," Yue explained on Tuesday.

Yue said the onslaught of negative reviews were able to drop her business' Google rating within 48 hours.

"It's dropped our rating by two points, but, I just think about other smaller businesses who don't have the amount of solid reviews that we have. Forty reviews could totally tank someone's Google listing," said Yue.

Many of the one-star reviews were vague: "Not good. Disappointed." wrote one reviewer. "Worst experience ever" said another. 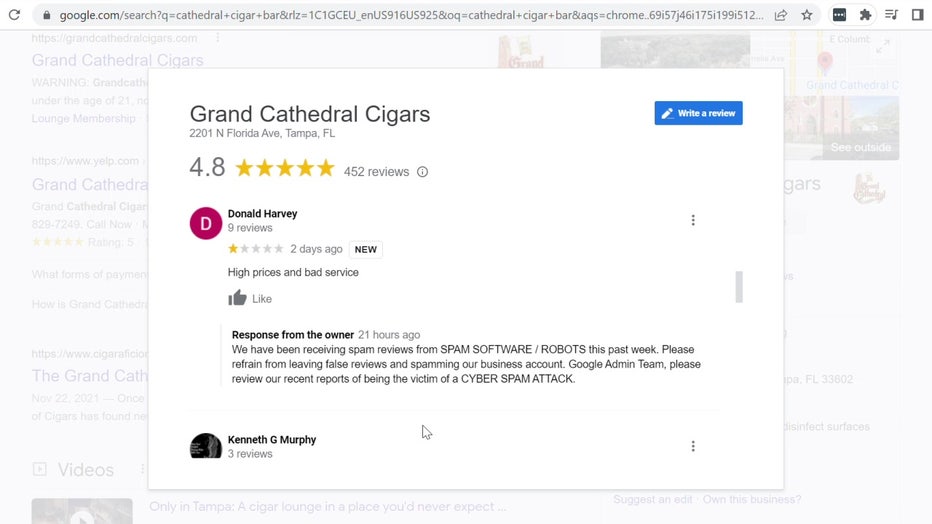 Yue says she was immediately suspicious. Clicking on the usernames, she noticed a curious trend: Many had reviewed the same businesses all over the world – a dry cleaner in London, a real estate broker in San Antonio, a used car dealer in Oregon. Yue knew the odds were slim that any of these reviewers had ever actually stepped foot in her business.

It's unclear whether a competitor had commissioned the fake reviews, someone out there had a vendetta, or if a rogue party was looking for a bribe. Yue said she received a strange email just before the onslaught of negative reviews began. She believes someone may have been looking for a payout.

"This has been kind of a recent development where there are these fake review farms that you can hire to put bad reviews on your competitors, or even get good reviews as well," explains YMMY Marketing founder Alex Rodriguez.

Former federal investigator Kay Dean said tech giants need to do a lot more to address the problem. While fake positive reviews may distort the online business landscape, fake negative reviews can be devastating to small businesses that find themselves targeted.

"I've seen even extortion in those kinds of situations with negative reviews happening," said Dean. 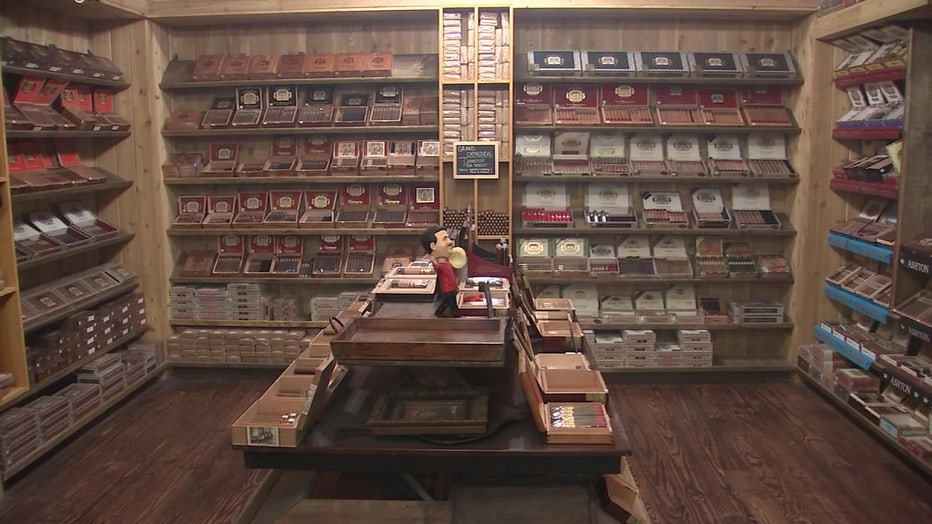 Dean said fake reviewers may reach out to ask for money to stop, or to sell their services in posting fake positive reviews.

"I really feel for the businesses who are dealing with this problem, because they don't appear to be getting much help from Google on this issue," said Dean. "Quite often the patterns are clearly fake and of course, Google should be seeing this and out in front of it because we're talking about people's livelihoods here."

Yue said trying to get a response from Google was in her words, "a complete nightmare." and dealing with the problem ate away from time spent running her business.

"You have to keep on reporting it as spam over and over again," said Yue. "Yesterday, I spent about two and a half hours on Google's call line and no one answered. I still haven't gotten a response. I send emails with zero response, and I'm just hoping that through the community's efforts by reporting this as spam. It's really hard, because right now, everyone relies so strongly on social media. I know when I go to a new city, the first thing I do is go on Google to see what places I want to go to. So these reviews really do impact small businesses."

Tech experts don't recommend attempting to call. Instead, businesses that suspect they're being targeting by a fake review farm should flag the reviews.

"Picking up the phone and trying to call their 1-800 number is impossible," Rodriguez said. "But Google does have a dispute form for reviews that you can fill out in less than two or three minutes and actually dispute fake reviews. Now, you have to make sure that these reviews aren't just negative reviews from true customers that had a bad experience in your business."

Google declined to say how long the process typically takes to review and remove fraudulent reviews. 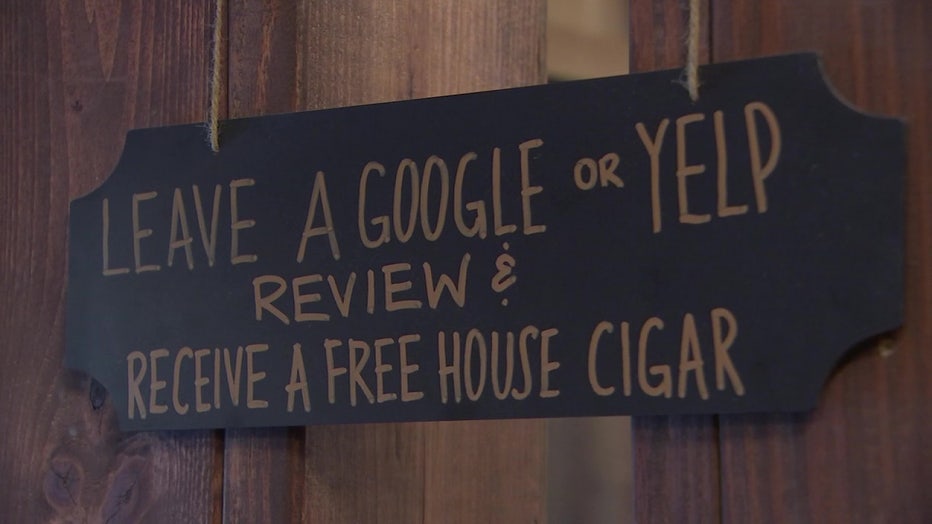 Thankfully Yue didn't have to wait too much longer for action. Within an hour of reaching out to Google on her behalf, the fake reviews, along with several legitimate reviews, came down. Google appears to have indiscriminately deleted all of Grand Cathedral Cigars' reviews from the last week.

In an official statement, a Google spokesperson said:

"Our team looked into this case and took immediate action to remove policy-violating content and put protections in place to prevent further abuse. We have clear policies that prohibit fake and fraudulent contributed content, and our automated systems and trained operators work around clock to monitor Maps for suspicious behavior. To help keep the information on Maps reliable, in 2021 we blocked or removed more than 95 million policy-violating reviews, and more than 1 million reviews that were reported directly to us."

​Though fake one-star reviews continue to roll in each day, Google's monitoring system has been able to delete the reviews periodically. A spokesperson said they're continuing to monitor Grand Cathedral Cigars' page for fraudulent activity.

Yue hopes whoever is behind the fake reviews either reaches their quota soon or simply gives up. She's looking forward to putting the headache behind her so that she can get back to running her business.