TAMPA, Fla. - West Tampa has a long history, and its become the new focus of the real estate boom. That's why Ted Boscaino and his family bought a 1908 cigar factory on North Albany Avenue.

Their company, Wine Stream, is turning out kegs of Italian wine in a modern annex beside the cigar factory. Boscaino said the kegs go out to the hospitality industry, restaurants, bars and hotels.

In the old part of the factory they plan to make it a unique, old world café and winery.

"We’re going to be able to offer clients the opportunity to blend their own wines and age it in whatever barrel they want," Boscaino explained.

He said he believes their restored cigar factory will help revitalize West Tampa. For years, the factory’s tall bell tower could be seen and heard all over town. 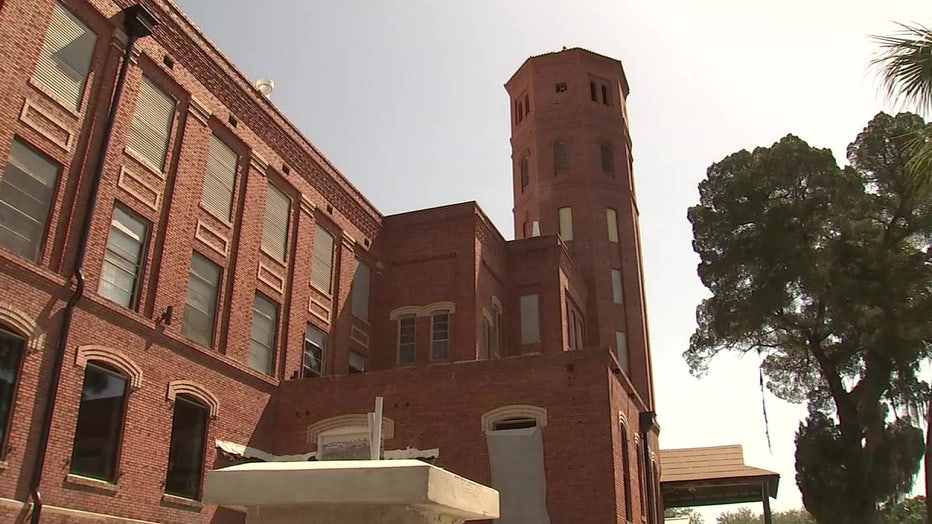 They had hoped to open by now, and they've been working at it for over a year. But an old cigar factory may be 10 times harder than remodeling an old house. There are 43 new, triple-pane windows on just the first floor. The windows cost more than $1 million, according to Boscaino.

The family also said the city isn't making it easy to get permits.

"Of course we want to open with plenty of safety for everybody," said Max Boscaino, Ted’s father. "But, you have to be flexible and read between the lines to figure out how this building [120 years old] can suit to the new code."

Another group of owners is awaiting approval for loft apartments at another cigar factory just down the street. Boscaino believes in West Tampa buildings from the past could be the future.

"I’m confident that with the city we can work together to work this thing out and open to the community," said Ted Boscaino.

They’ve removed the familiar clock face from the building’s tower so that it can be restored. They hope to open to the public this summer.