Bike camp for kids with disabilities

TAMPA, Fla. - By the end of Friday, a group of Tampa Bay residents living with disabilities will be ready for a lifetime of independent bike riding. It's the result of an ongoing week-long camp for people who've never ridden a bike before. Many of them had previously thought they never would.

During a five-day iCan Bike camp at Tampa's University Area Community Development Corporation, campers are getting more than an hour of individual attention daily from trained professionals and volunteers using customized adapted equipment.

This camp has been held in other cities nationwide. It's something that organizers say has been life-changing for riders and their families. 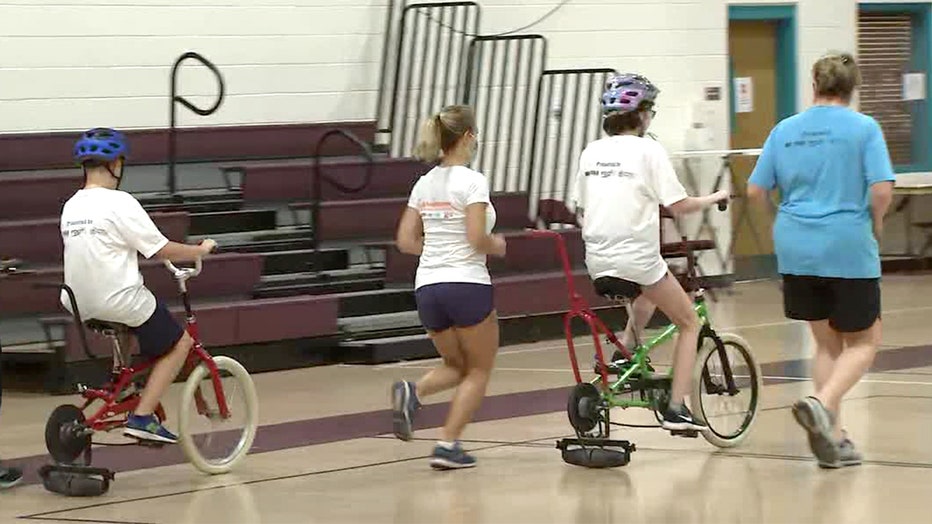 "The goal of iCan Bike is to teach individuals with disabilities to ride conventional two-wheel bicycles and become lifelong independent riders," organizers said in a statement. "iCan Bike uses a fleet of adapted bicycles, a specialized instructional program, and a trained staff for instruction."

More than 50 local volunteers were recruited to act as spotters for the riders each day.

The camp is being hosted by Bike/Walk Tampa Bay, along with University Area CDC, and USF’s Center for Urban Transportation Research.