TAMPA, Fla. - Prosecutors say Antonio Campbell is a con artist who has been scheming and tricking elderly victims out of their money. He is facing dozens of theft and fraud charges.

However, it was his latest con job at the Hillsborough County jail that even fooled some jail staff earlier this year.

Court records show Campbell made a three-way call from the jail and asked his buddy on the other end of the line for help. Campbell then disguised his voice and pretended to be a detention corporal at the jail.

“Hey, is this classification?” Campbell’s alleged voice on a recording of the call. “I did a movement. I was supposed to move him back to that dorm where he came from. Can you help me with that please?”

Campbell provides the booking number and the detention corporal’s badge number and explains why  that inmate needed to be transferred. 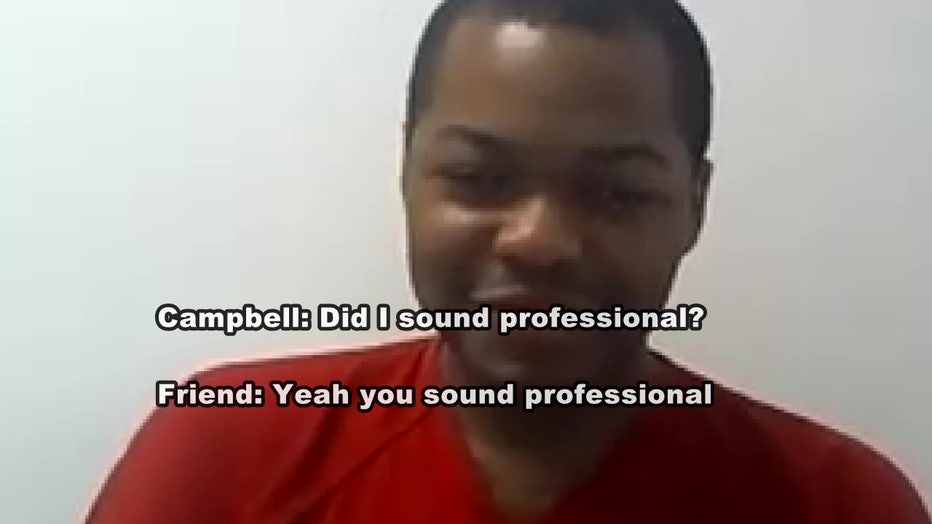 “I moved him for an altercation. He wasn’t supposed to be moved; he was just going there to be put in a holding cell," Campbell continued.

The explanation appeared to work; the inmate was transferred. Campbell appeared to admire his skills afterward.

"Did I sound professional?" he asked his friend, who reassured him the prank call was believable.

"Inmate Campbell's attempts to defraud others and deceive detention staff were wrong and should never have occurred,” sheriff’s office spokesperson Crystal Clark offered, insisting that changes were in place to prevent any repeat performance. “Thankfully, our detention deputies were able to pick up on his phone activity and put an end to his illegal actions.”