Big Bend National Park - This is why some people prefer to stay inside.

The National Parks Service Instagram account recently shared a photo of a bug taken from Big Bend National Park in Texas. This image shows an arachnid that looks like a cross between a spider and a scorpion.

The animal is known as a vinegaroon but is also referred to as the whip scorpion. According to the Big Bend Facebook page, these critters surface during the summer looking for "food and love."

While the image garnered a lot of attention on Instagram, it originated from The Big Bend National Park Facebook page. The national park posted, "Vinegaroons are about 3 inches long and relatively benign unless you happen to annoy them. They can pinch with their heavy mouthparts (pedipalps) and shoot a well-aimed spray of 85% acetic acid (vinegar) from the base of their ‘whip’ to protect themselves." 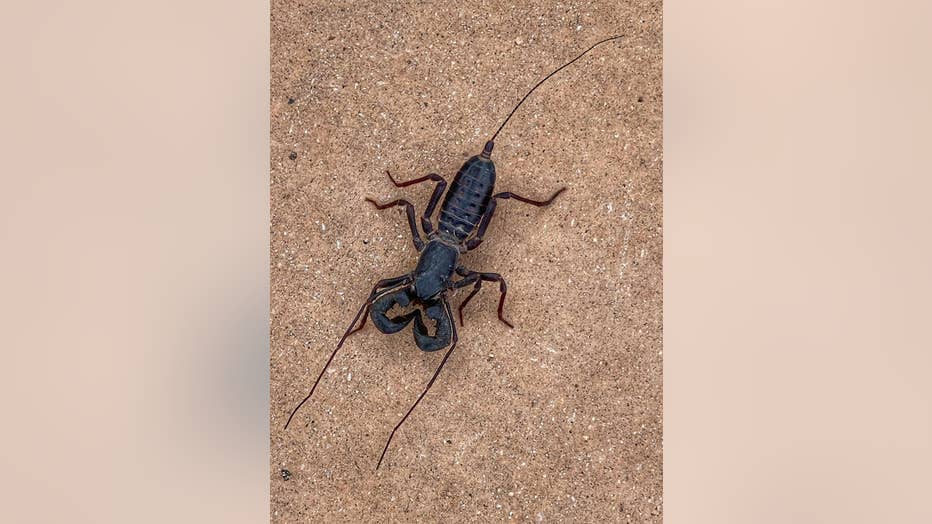 After explaining that vinegaroons hunt scorpions (among other prey), the post explains, "Most commonly seen in the desert, this vinegaroon was taking a stroll around the Chisos Basin campground. If you're lucky enough to see one, look closely. If it's a female, she may be carrying her hatchlings on her back."

The National Park Service wrote on Instagram that the name "vinegaroon" comes from the animal’s ability to shoot acidic vinegar from its tail.

Vinegaroons are not venomous, according to the University of Florida.

While many users on Instagram appreciated the animal for its unique features, others simply appeared shocked by it.

One user commented, "…and this is supposed to make me want to visit that park?"