TAMPA, Fla. - He's the blue streak on Dale Mabry, proving it's not just the planes that fly at MacDill.

"I think what makes me good is I have passion in running," offered Airman Daniel Kirwa.

"Instead of saying, 'I'm tired, I'm going to skip running,' I get out there and run another 10 miles," said the 32-year-old native of Kenya.

"When I do better, something really good, it's priceless because, you know, I represented the Air Force," he continued.

Kirwa joined the Air Force after a thrilling college career at Harding University in Arkansas. He says he was offered a scholarship there shortly after high school in Kenya. 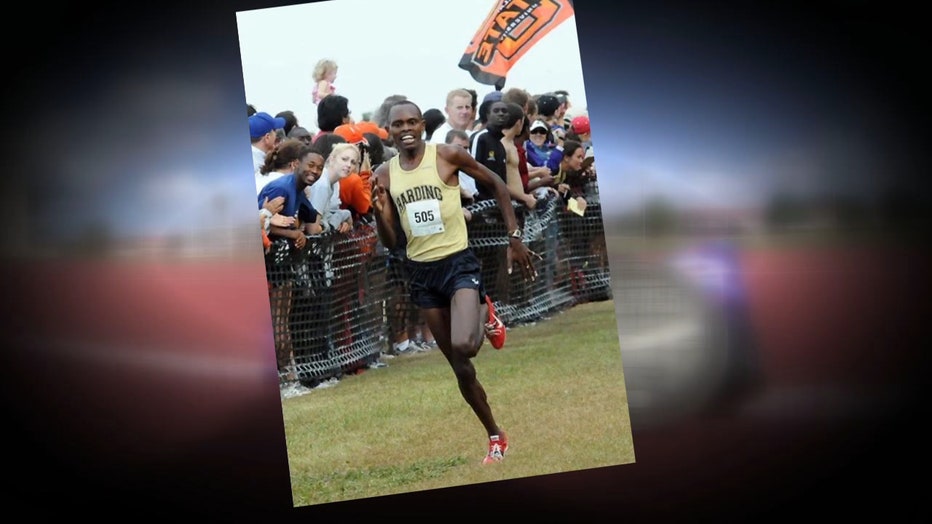 "In Kenya, we never had school buses so we used to walk to school and the school was three miles away," he recalled.

Starting in third grade, he ran six miles a day, back and forth to school, at an altitude of nearly 8,000 feet. At MacDill, barely above sea level, he barely breaks a sweat, so he pushes himself.

"Even though it's painful, I try to enjoy it. Outside your comfort zone, you'll do better," he said.

Kirwa says his goal is to compete in the Olympics. For now, he trains, running at least 16 miles a day. The fastest man in the Air Force covers a lot of ground.

When he's not running, he works at an Air Force medical facility caring for what he calls his "Air Force family."