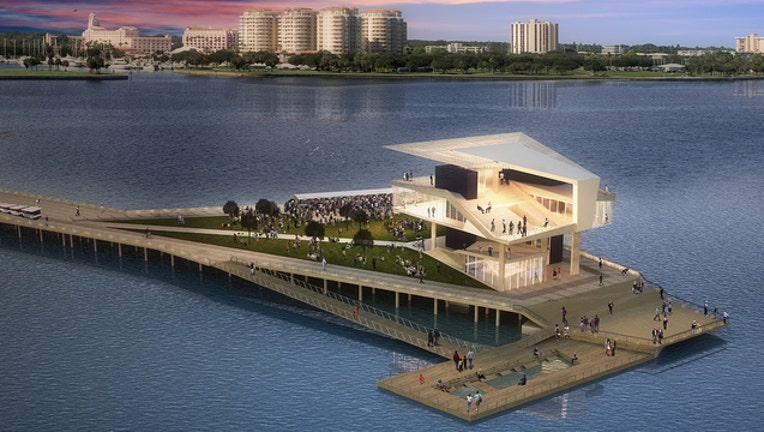 ST. PETERSBURG, Fla. - Finally, the long-awaited St. Pete Pier has an grand opening date, city officials announced Thursday morning. An event to introduce the new landmark to the public will be at 10 a.m. on Saturday, May 30, 2020.

The groundbreaking for “Pier Park,” an $87-million, reimagined pier at the dead-end of 2nd Avenue NE, was back in 2017. Nearly three years later, St. Petersburg officials say it will be ready for residents and visitors to experience by mid-spring.

The opening date was postponed from the end of 2019 after some construction delays. The 26-acre property is described as a “waterfront playground.” There will be restaurants, shops and room to roam under the sun.

FROM 2015: St. Pete Pier comes down piece by piece

The landmark will be the eighth major pier in the city’s history. Additional details surrounding the grand opening event will be provided at a later date.