Veteran denied cancer benefits until it was too late

WINTER HAVEN, Fla. - Cindy Brown is pressing the U.S. Congress and the Veterans Health Administration to ramp up cancer screening for veterans exposed to Agent Orange. She said her husband Keith’s experience illustrates the need for reform.

As a sergeant in Vietnam, Keith Brown loaded Agent Orange herbicide onto aircraft. The Army told him it was safe, and he was exposed to it for years.

"We were playing just like we would be playing with water hoses," he said.

After he came home, Keith learned Agent Orange was toxic -- known to cause numerous health problems, including cancer. He first endured heart problems and tissue damage as his knees, shoulder, and hip degenerated.

For years, the Browns complained of excessive drive times from their home in Winter Haven to Tampa, and wait times for medical appointments once they arrived.

Congress eventually passed the Choice Act, which is supposed to allow veterans to seek timely care outside the VA if they live more than 40 miles from a VA center. But in Brown’s case, that required him to check into an office in Lakeland that referred back to Tampa because it could not serve his specific needs. As a result, Keith and Cindy said they had to drive 170 miles to appointments and those appointments did not include screening, scanning, or testing for cancer, despite Keith’s known exposure to Agent Orange. 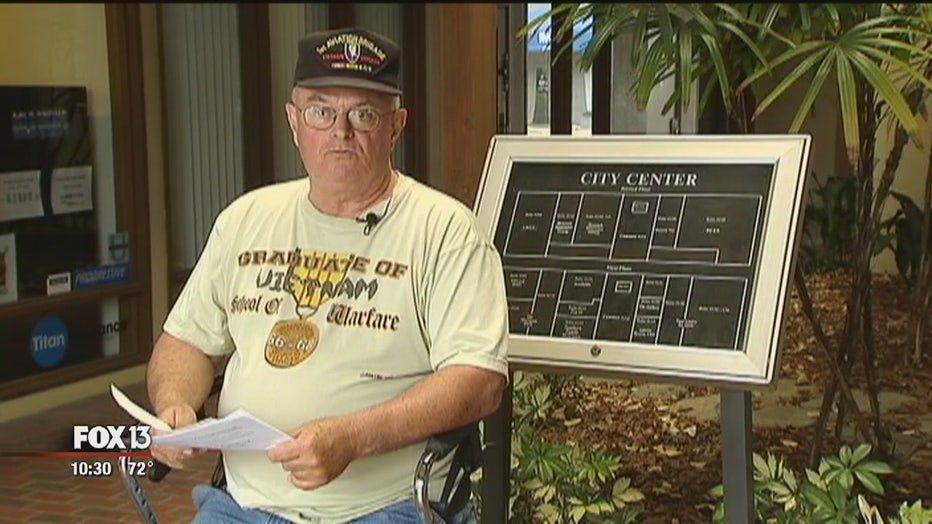 Keith Brown died one month after the VA finally granted him benefits for cancer treatment.

"They are always asking about AIDS. They’ll screen for that. They know he's a cancer risk. He's not an AIDS risk,” said Cindy.

In November 2018, after Keith started coughing up blood, he was diagnosed with terminal lung cancer. One month later, the VA denied compensation for "aid & attendance" (support for terminal cancer). Then in March 2019, the VA denied his lung cancer was even connected to his service as Keith’s final weeks ticked away.

“There’s got to be something better because if they wait long enough and that vet dies, they are under no obligation to make a determination at all or to pay back pay,” Cindy said. “The families have been through enough, it’s time to stop”

On June 25, the VA determined it had incorrectly denied service Keith's cancer and granted the support Keith and Cindy requested. But his benefits were terminated the next month because Keith died in July.

“I wasn't ready for him to go. I’m still not, and I thought this is the ultimate slap in the face,” Cindy said.

The VA says cancer screening is a key preventive care measure, but it does not automatically provide it each year for vets exposed to Agent Orange.

That’s why Cindy Brown is now urging Congress to ramp up cancer screening for veterans at known risk for cancer. She's looking for any member of Congress who may take up her proposal.