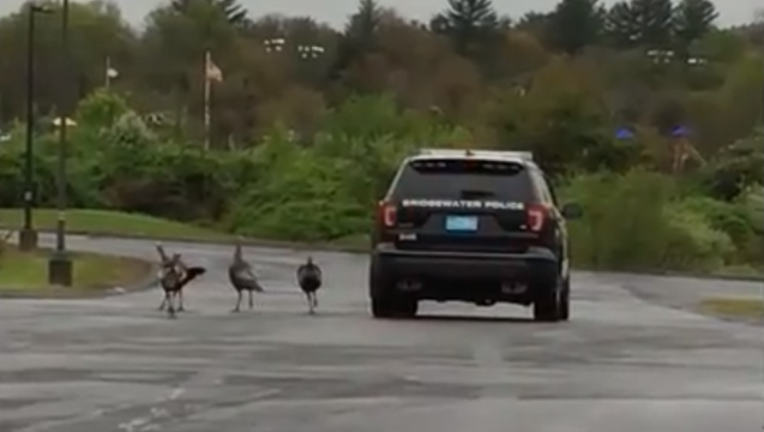 BRIDGEWATER, Mass. - Police in Bridgewater, Massachusetts are warning people to be on the lookout for aggressive turkeys after sharing video of four birds chasing a police cruiser.

The birds were caught on video running alongside the cruiser Sunday, Oct. 15 and then running at the cruiser.

"Aggressive turkeys are a problem in town," police tweeted.

State law classifies the turkeys as wildlife, meaning tackling the nuisance birds was outside the authority of police or animal control officers, police wrote on Twitter.