BILOXI, Miss. - The Air Force became the first U.S. military branch to select a woman to serve as the highest-ranking noncommissioned officer in the military on Friday.

“I’m honored and humbled to be selected as the 19th chief master sergeant of the Air Force and follow in the footsteps of some of the best leaders our Air Force has ever known,” Bass said in a news release. “The history of the moment isn’t lost on me; I’m just ready to get after it. And I’m extremely grateful for and proud of my family and friends who helped me along the way.”

The incoming Air Force Chief of Staff, Gen. Charles "CQ" Brown, said Bass was selected because of her skills, temperament, experience and a leadership style similar to his own. 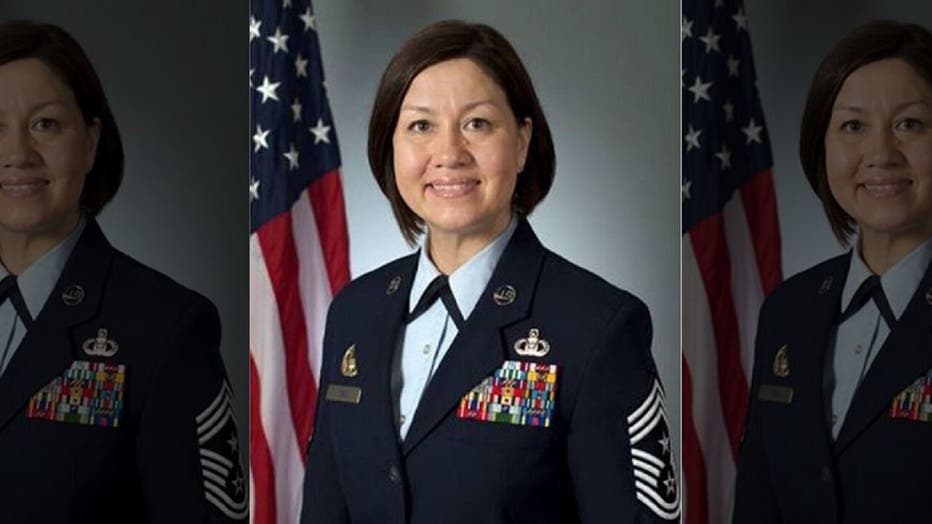 “I could not be more excited to work side-by-side with Chief Bass,” Brown said. “She has unique skills that will help us both lead the Total Force and live up to the high expectations of our Airmen.

“She is a proven leader who has performed with distinction at every step of her accomplished career,” he added. “I have no doubt that Chief Bass will provide wise counsel as we pursue and implement initiatives to develop and empower airmen at all levels.

Bass was the "consensus choice" out of more than a dozen candidates, the Air Force said. She will advise Brown and Air Force Secretary Barbara Barrett on the best use of the service's 410,000 enlisted members and on issues regarding welfare, readiness and morale.

Both she and Brown will focus on the Air Force's shift away from fighting terrorism to threats posed by China, Russia and other adversaries, the Air Force said. Both grew up in Army families.

Bass acknowledged the strong "chemistry" between her and Brown, a standard set by Wright and Goldfein, she said.

“CMSAF Wright and Team 18 have set a pretty high bar, but I know that Team 19 will rise to the occasion. … My job will be to help set the stage for individual and team development, so our brothers and sisters are healthy, engaged and ready for the fight!” Bass said.

Bass enlisted in the Air Force in 1993 and served as an operations system management journeyman at the former Pope Air Force Base in North Carolina, the Air Force Times reported. She deployed in support of operations Southern Watch, Enduring Freedom and Iraqi Freedom, according to the outlet.

Since July 2018, Bass has served as the command chief for the Second Air Force at Keesler Air Force Base in Mississippi. The Second Air Force is responsible for providing training to 36,000 trainees annually and supports 13,000 enlisted, officers, civilians and contractors.

She was named Senior Noncommissioned Officer of the Year in 2011 while stationed at Ramstein Air Base in Germany.