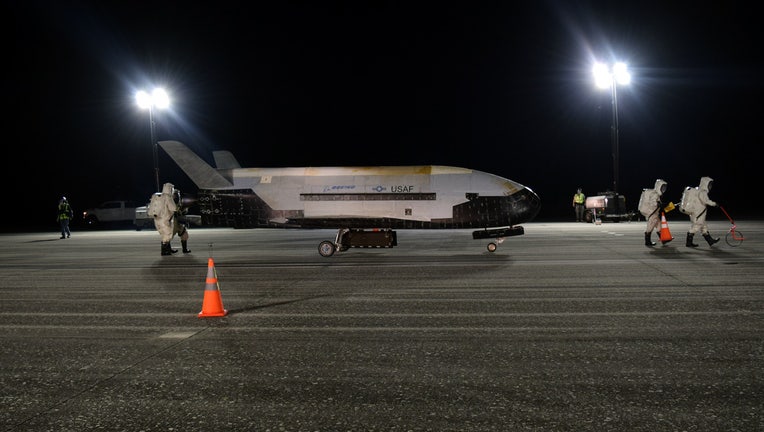 CAPE CANAVERAL, Fla. - The Air Force’s secretive unmanned spaceplane made a surprise landing in Florida overnight after spending over two years in space.

The X-37B glided to a landing at Kennedy Space Center’s old shuttle runway at 3:51 a.m. Sunday, completing a classified 780-day mission. It launched back in September 2017 atop a SpaceX Falcon 9 rocket.

The mini-shuttle is one of two identical unmanned reusable spacecraft that, cumulatively, have now spent 2,865 days in space across five flights. But the Air Force has never said what, exactly, the craft do in orbit, other than provide a testbed for new technologies.

Unspecified experiments ride into space aboard the shuttles, are exposed to space for a lengthy duration, then can be brought back to Earth.

“The distinctive ability to test new systems in space and return them to Earth is unique to the X-37B program and enables the U.S. to more efficiently and effectively develop space capabilities necessary to maintain superiority in the space domain,” stated the USAF press release that announced the landing, the second in Florida.

“This spacecraft is a key component of the space community. This milestone demonstrates our commitment to conducting experiments for America’s future space exploration,” added Lt. Col. Jonathan Keen, the X-37B program manager. “Congratulations to the X-37B team for a job well done.”

The Air Force said a sixth X-37B mission is expected to launch from Cape Canaveral next year. 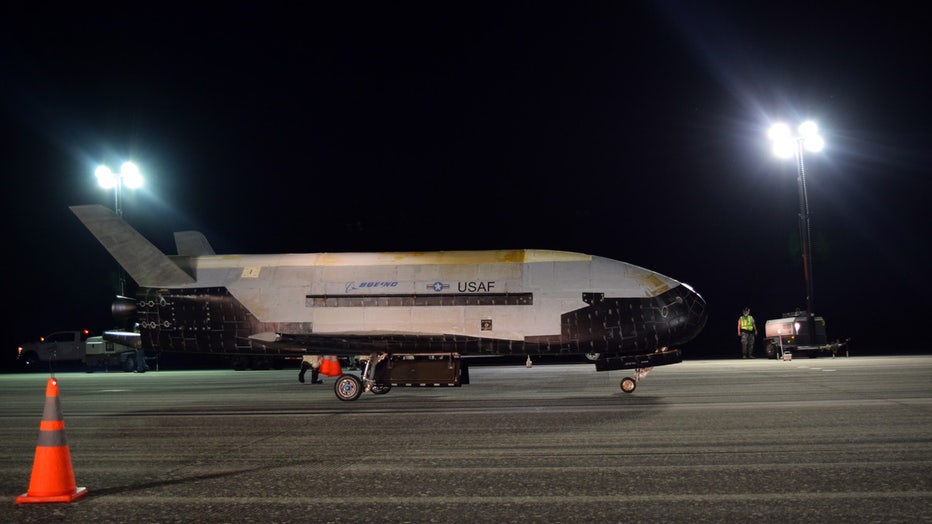