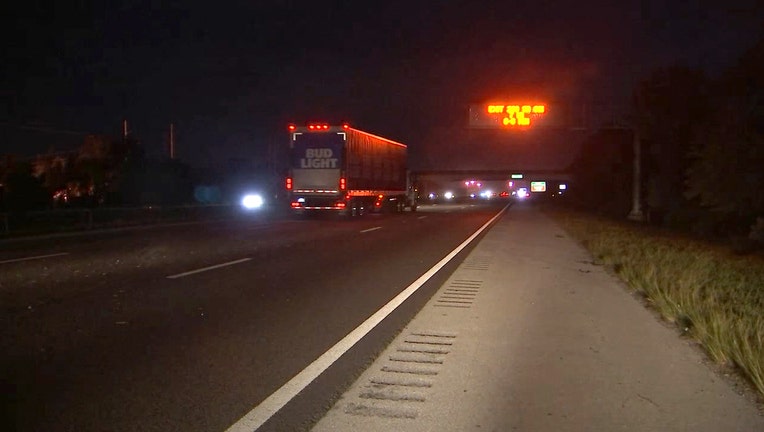 SARASOTA, Fla. - All lanes of Interstate 75 reopened after a dump truck towing an excavator damaged an overpass.

The collision occurred Wednesday, and closed the southbound lanes for several hours. According to the Florida Highway Patrol, a dump truck towing the crane was heading south on I-75 around 4:40 p.m.

When the 24-year-old driver drove under the Proctor Road overpass, the excavator collided with the overpass. Concrete debris fell from the overpass and damaged three vehicles on the highway.

All southbound lanes reopened early Thursday morning. There were no injuries.