Amazon union push in Alabama may have labor implications nationwide

Organizers hope what happens in Bessemer, Alabama, will inspire thousands of workers nationwide to consider unionizing, beyond Amazon.

BESSIMER, Ala. - Amazon has enough votes to block a historic unionization effort at a warehouse in Alabama, crossing the threshold needed to secure the majority of votes. The union push was the biggest in online shopping giant’s 26-year history.

According to the National Labor Relations Board (NLRB), which is overseeing the process, a total of 1,798 warehouse workers rejected the union and 738 voted in favor.

A total of 3,041 votes were cast, 505 of which were contested by either Amazon or the Retail, Wholesale and Department Store Union, which led the organizing efforts in Bessemer.  But the NLRB said the contested votes were not enough to sway the outcome.

The union said it would file an objection with the NLRB charging the company with illegally interfering with the union vote. It will seek a hearing with the labor board to determine if the results "should be set aside because conduct by the employer created an atmosphere of confusion, coercion and/or fear of reprisals." The union accused Amazon of spreading disinformation about the unionization effort at meetings that workers were required to attend. 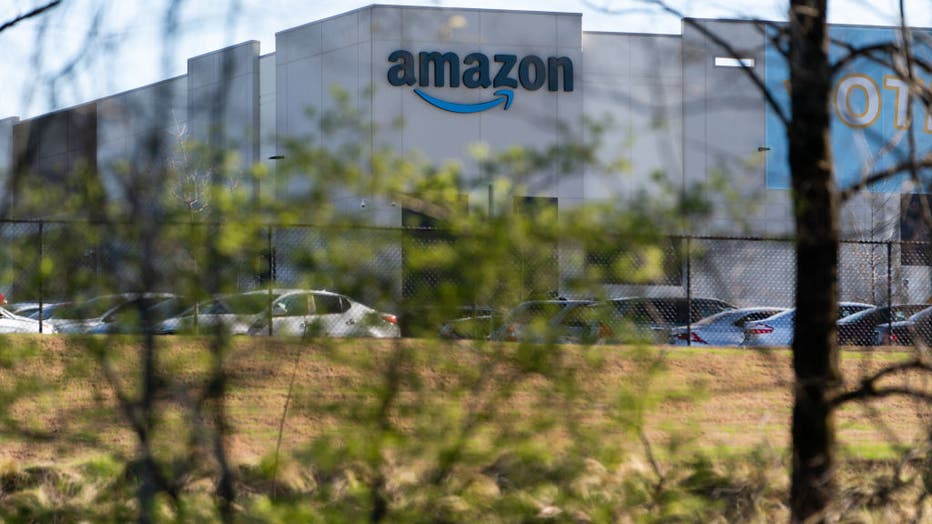 BESSEMER, AL - MARCH 29: The Amazon fulfillment warehouse at the center of a unionization drive is seen on March 29, 2021 in Bessemer, Alabama. (Photo by Elijah Nouvelage/Getty Images)

The union push was the biggest in Amazon’s 26-year history, a company that has a history of crushing unionizing efforts at its warehouses and its Whole Foods grocery stores.

Some Amazon workers have unionized in Europe, but the company has managed to fend off unionization in the United States. In 2014, a small group of mechanics and technicians at a Delaware site voted against a plan to join the International Association of Machinists and Aerospace Workers.

The movement at its facility in Bessemer, a suburb of Birmingham, was always viewed as a long shot since it pitted the country’s second-largest employer against nearly 6,000 workers in a state where laws don’t favor unions.

Organizers called for Amazon to give warehouse workers higher pay, more break time and to "be treated with dignity and respect," among other things. Many complain about their 10-hour workdays with only two 30-minute breaks. Workers are on their feet for most of that time, packing boxes, shelving products or unpacking goods that arrive in trucks.

Amazon argued the warehouse, which opened in March 2020, created more than 5,000 full-time jobs in Bessemer with an average pay of $15.30 per hour — more than twice the minimum wage in Alabama. Workers also get benefits including health care, vision and dental insurance without paying union dues, the company said.

"We work hard to support our teams and more than 90% of associates at our Bessemer site say they would recommend Amazon as a good place to work to their friends," an Amazon spokesperson said in the statement in January.

Workers in Bessemer approached the RWDSU last summer about organizing and the momentum had been building ever since. The union push was thrust into the national spotlight, attracting the attention of professional athletes, Hollywood stars and high-profile elected officials, including President Joe Biden.

During the voting process, workers were flooded with messages from Amazon and the union. Amazon hung anti-union signs throughout the warehouse, including inside bathroom stalls. It held mandatory meetings to convince workers why the union was a bad idea and also argued that it already offered more than twice the minimum wage in Alabama plus benefits without paying union dues.

Union organizers, meanwhile, stood outside the warehouse gates trying to talk to people driving in and out of work. It also had volunteers call all of the nearly 6,000 workers, promising a union will lead to better working conditions, better pay and more respect.

Employees at the fulfillment center began mail-in voting in early February, and the counting began last week by hand.

The push to unionize comes as Amazon has faced a surge in demand during the coronavirus pandemic, with many turning to the online shopping behemoth for groceries, supplies and other items online. It is one of the few companies that have thrived during the outbreak, bringing in record revenue and profits in 2020 — even though it also spent $4 billion on cleaning supplies and to pay workers overtime and bonuses.

Nationally, unions have lost ground for decades since their peak in the decades following World War II. In 1970, almost a third of the U.S. workforce belonged to a union. In 2020, that figure was 10.8%, according to the U.S. Bureau of Labor Statistics. Private sector workers now account for less than half of the 14.3 million union members across the country.

Despite this latest defeat, labor experts and union leaders believe the organizing efforts in Bessemer could nonetheless inspire other Amazon workers to want to unionize at the company’s hundreds of facilities across the country. It could also spread beyond the company, spurring action at Walmart, the nation’s largest employer, and other big retailers, according to Benjamin Sachs, a labor law professor at Harvard Law School.

Earlier this year, a small group of employees at Google and its parent company Alphabet announced they had formed a union, creating a rare foothold for labor organizers in the tech industry.

"I think no matter what happens, this is the beginning of a long story about unions and Amazon — not the end of the story," he said.