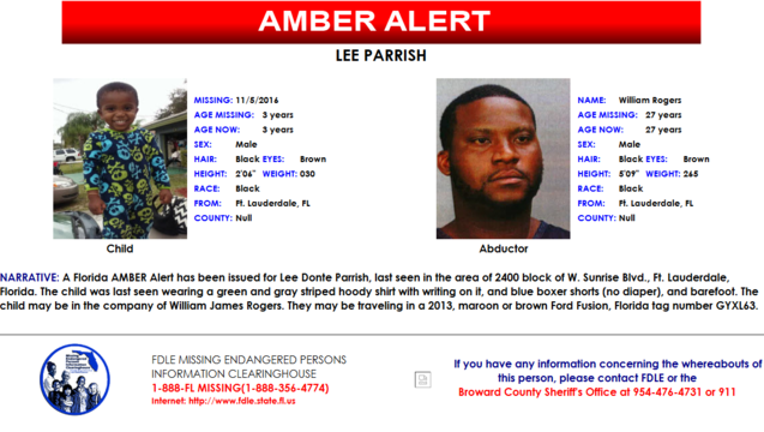 Lee Parrish was last seen on W. Sunrise Boulevard in Fort Lauderdale. He was wearing a green and gray striped hooded shirt with blue boxer shorts and no shoes, according to officials.

Parrish was found unharmed with 27-year-old William Rogers. Rogers was taken into custody. No further details have been released.