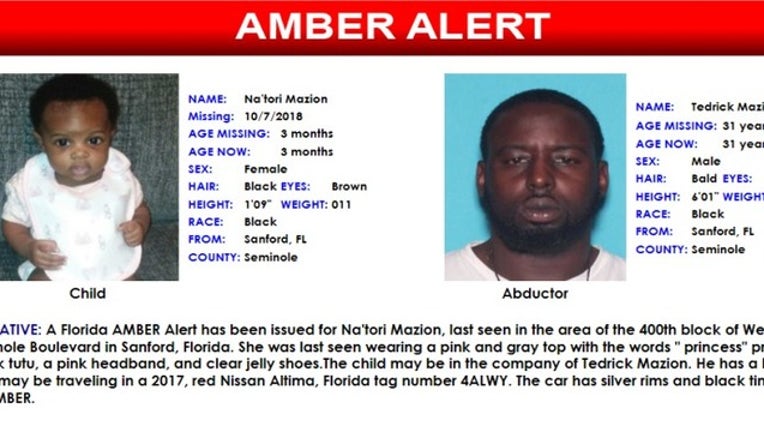 SANFORD (FOX 13) - The Florida Department of Law Enforcement has canceled an Amber Alert for 3-month-old Na'Tori Mazion. Authorities with the Sanford Police Department have not released any other info.

Authorities have issued an amber alert for a missing baby from central Florida.

The missing baby is 3-month-old Na'Tori Mazion. She may be with 31-year-old Tedrick Mazion, who is just over six feet tall, weighs 230 pounds and has a beard.

The baby was last seen on West Seminole Boulevard in Sanford wearing a pink and gray top that says "princess," a pink tutu, pink headband and clear jelly shoes.

Tedrick Mazion may be driving a 2017 red Nissan Altima with Florida tag 4ALWY. Anyone who sees the two should call 911.