TALLAHASSEE, Fla. - An emergency petition filed Tuesday asked the Florida Supreme Court to toss a proposed constitutional amendment currently on the Nov. 3 ballot, alleging the plan to revamp the state’s primary election system will make it harder for minority candidates to be elected.

The legal challenge, which has bipartisan support from legislative leaders, asks the court to order state officials not to certify the election results of Amendment 3. The proposal seeks to overhaul Florida’s primary election system by allowing voters to cast ballots in primary elections regardless of party affiliation. The two candidates getting the most votes in each primary would advance to the general election.

“The ballot title and summary do not adequately explain what this amendment would do to majority-minority districts like mine,” Gilzean told reporters during a conference call Tuesday morning. “This lawsuit is vital to bring that issue to light before the upcoming election. The voters should be fairly informed what Amendment 3 would do to minority voices in Florida government.” 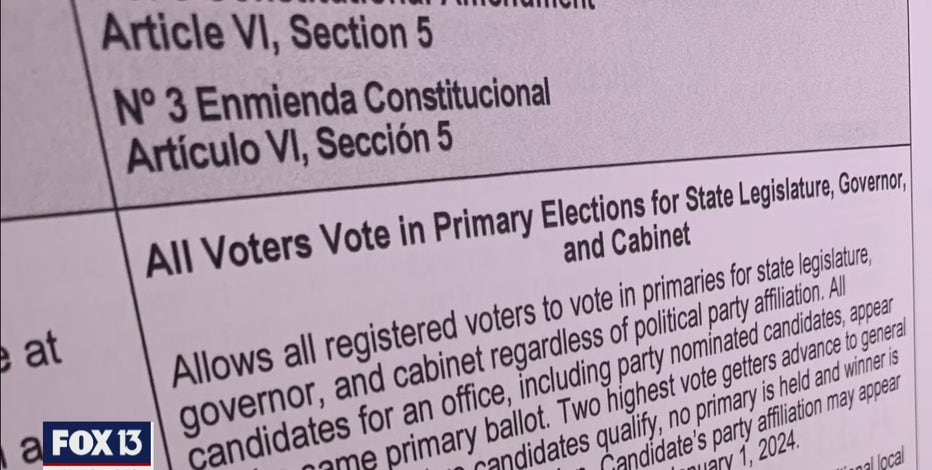 In the 48-page legal complaint, lawyers for Gilzean pointed to a pair of studies that indicate more than half of legislative districts with a majority of Black voters in the Democratic primary will lose that level of electoral representation under the proposed system. The proposed amendment also wouldhave a negative impact on minority representation in statewide offices, the petition alleged.

But Glenn Burhans, chairman of the All Voters Vote political committee behind Amendment 3, countered that the petition and the studies are based on “flawed and misleading data.”

“On the one hand, they said, well, we're not rearguing the merits of the ballot determination by the court, but that's exactly what they're doing,” Burhans said. “And they're trying to inject something that is not properly the province of the Supreme Court at this time.”

In a 4-1 vote, the court in March cleared the way for the proposal to appear on the November ballot, rejecting arguments by the Republican and Democratic parties and Attorney General Ashley Moody.

Justices must determine whether ballot initiatives meet legal requirements such as not being misleading to voters or not improperly lumping together multiple topics, but are not supposed to consider the merits of proposed amendments. 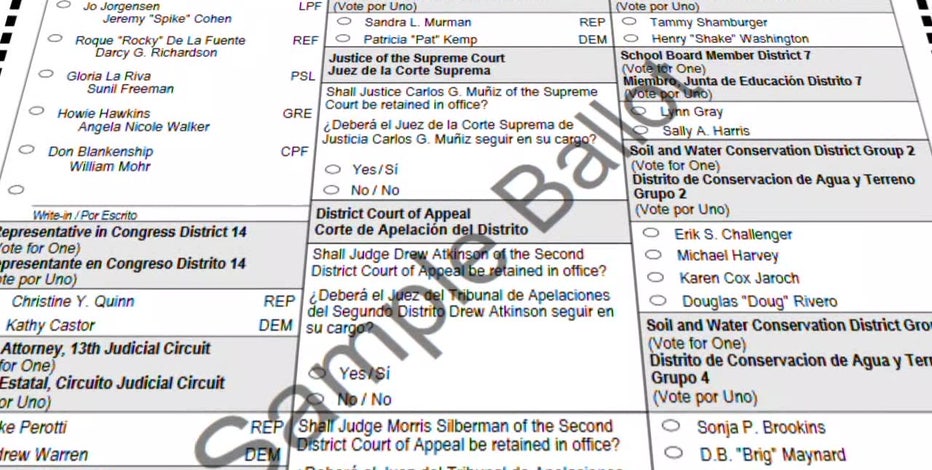 But House Speaker-designate Chris Sprowls, R-Palm Harbor, and Sen. Janet Cruz, a Tampa Democrat, said the studies --- which were highlighted by the Florida Legislative Black Caucus during a Sept. 8 press conference --- shed new light on the proposal.

Sprowls added that the “dangerous” amendment “could disenfranchise our fellow Floridians and have a dangerous impact on our electoral system.”

In one of the studies, the group People Over Profits released an analysis predicting the proposed change would make it tougher for Black candidates in nearly half of the 17 Black-majority districts in the House and for four Black senators representing majority-minority districts to get elected.

Cruz acknowledged that the major parties may need to do a better job of convincing people to register as Republicans or Democrats but said the amendment isn’t about expanding voting.

“Don’t be fooled,” she said. “This is about unequal representation and the real majority winner not being the chosen elected leader.”

Burhans, whose committee is heavily backed by prominent South Florida health-care executive Mike Fernandez, disagreed with Cruz’s assessment, saying that the proposal would allow voters who are not registered with either of the main political parties to have a say in primary elections.

Burhans added that 1.6 million voters of color already are disenfranchised because they aren’t registered with either of the major political parties.

The Supreme Court’s March majority opinion said the ballot summary “clearly and unambiguously explains the chief purpose of the initiative” and “explains the details of this change in the primary election process by outlining that if the initiative passes, all candidates for an office will appear on the same primary ballot, and the two highest vote getters will advance to the general election.”

But in a dissent, Justice Carlos Muniz argued, in part, that the ballot summary would not properly inform voters about the proposal.

“For Florida voters who are members of political parties --- which is to say, a strong majority of voters --- the century-old tradition of electing party nominees in state-run primary elections is an essential aspect of participation in the electoral process,” Muniz wrote. “It is not an exaggeration to say that Floridians likely consider voting in such elections to be their right. The proposed amendment would take away the Legislature’s discretion to provide for these state-run party nominating elections for the affected offices.  This legal effect is evident from the plain meaning of the proposed amendment’s text.”

Tuesday's petition, which asks the court to direct the state Elections Canvassing Commission not to certify the election results of Amendment 3, argued that the new studies “meet the standard needed” for the court to scrutinize the proposal again.

“First, they raise completely new issues that were not litigated in the advisory opinion,” lawyers for Gilzean wrote. “Second, the issues raised are ‘vital’ to the constitutional questions of whether the proposed amendment should be approved for the ballot.”