COVID-19 surges: Dr. Fauci says everyone needs to get vaccinated as soon as possible

Dr. Anthony Fauci warns during a White House COVID-19 Task Force meeting that those who don't get vaccinated may risk localized surges in their communities.

Independence Day has arrived but the United States has not met the vaccination goal set by President Joe Biden.

Biden challenged the country to vaccinate 70% of American adults with at least one dose before Independence Day. According to data collected by the U.S. Centers for Disease Control and Prevention (CDC), America had administered at least one dose to 172,941,345 people 18 and older by July 4.

That’s only 67% of the adult population.

Even so, Biden has chosen to focus on the progress the country has made in recovering from the pandemic.

"This Fourth of July, America is back," Biden said in a tweet Sunday morning. "We’re headed into a summer of joy – of freedom – thanks to the millions of Americans who stepped up to get vaccinated. To the frontline and essential workers who have made this day possible: thank you."

America’s cases, hospitalizations and deaths had been the worst in the world before the Food and Drug Administration (FDA) authorized the vaccines last winter.

Since then, the U.S. has seen one of the most robust vaccination efforts in the world. Case numbers plummeted. But more importantly, the hospitalization rate and death rate have dropped, relieving the stress the pandemic placed on the medical system. 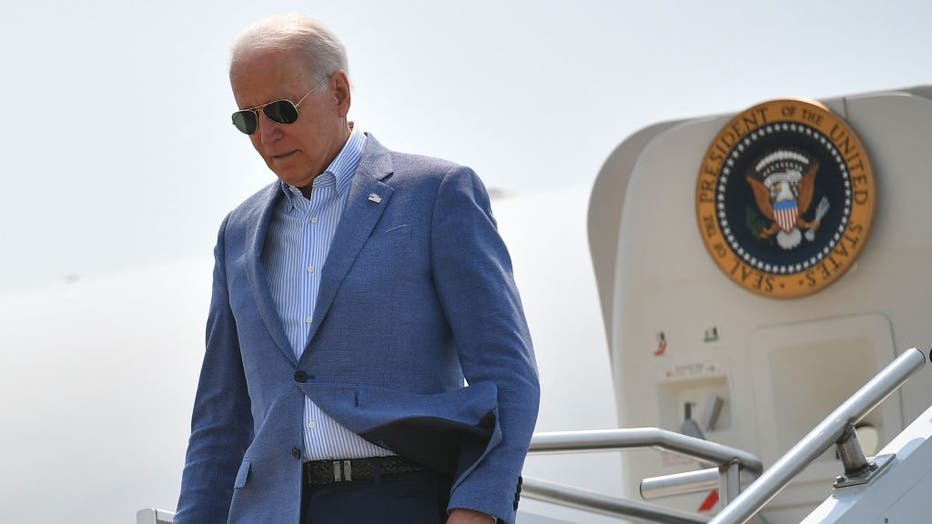 Biden first pledged to have more than 100 million shots in arms in his first 100 days in office. When the administration easily passed that threshold in March, he doubled it to 200 million — which was achieved just shy of his 100th day.

The vaccination effort peaked in April when more than 3 million Americans were receiving injections every day. But that effort slowed to a crawl in the weeks following.

As America vaccinated fewer than 1 million people per day, governments and businesses began incentivizing vaccines. Some states created a lottery for people who’d accept a vaccine.

Other businesses offered freebies and cash to those willing to roll up their sleeves.

Older Americans, who were among the first to get access to the vaccines, are the most protected demographic. Of people 65 and older, 88.3% have received at least one dose and 78.6% have been fully vaccinated.

According to White House Chief of Staff Ronald Klain, 70% of Americans over 30 have received at least one dose.

Recent efforts have turned to getting younger Americans inoculated. Vaccine manufacturers are conducting trials on children, hoping to have the shots approved for Americans of every age group by the fall.

Getting the youth vaccinated plays a crucial role in America reaching herd immunity, which experts believe lies beyond the 70% of the population being fully vaccinated.

As of July 4, 47.3% of Americans have been fully vaccinated.