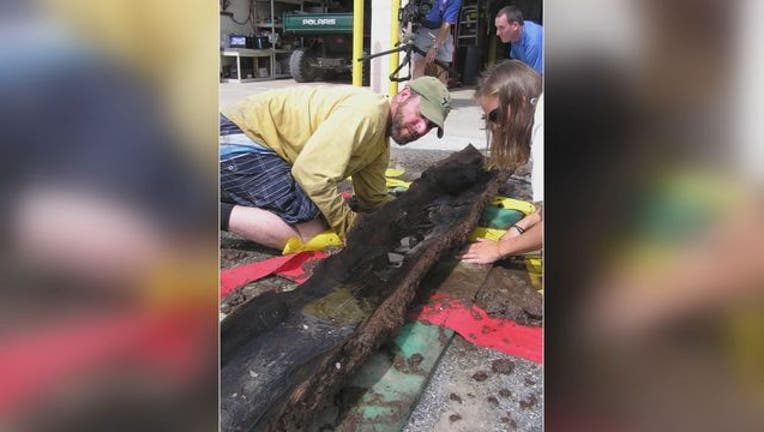 ST. PETERSBURG (FOX 13) - A canoe that’s more than 1,000 years old was put on display at the Weedon Island Preserve.

The canoe first was discovered in 2001 buried in the mangrove peat along the Weedon Island shoreline of Old Tampa Bay. Since then, experts and archaeologists have spent years studying, analyzing and excavating the canoe.

The canoe was carefully moved so it could be preserved and later put on display. It measures nearly 40 feet in length and is a pine dugout canoe.

According to researchers, the canoe is likely from 690 to 1010 A.D. and was probably used by the Manasota prehistoric culture.

The canoe went on public display Saturday at the Weedon Island Cultural and Natural History Center.