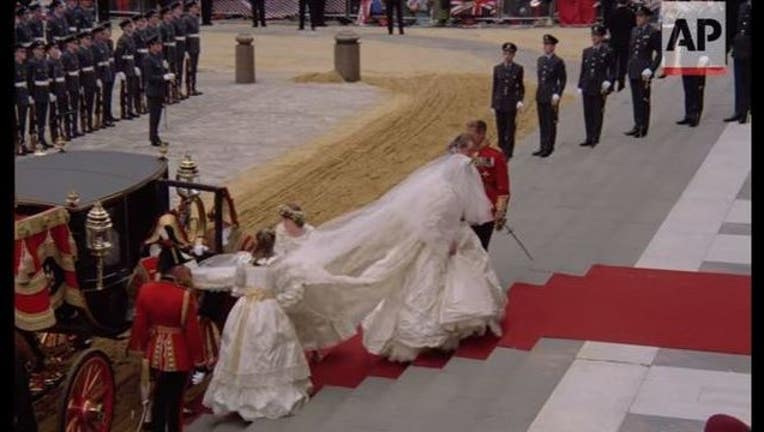 LONDON (AP) - Thirty-six years after Lady Diana Spencer married Prince Charles, The Associated Press has restored original footage from the wedding and is making it available to the public on YouTube.

The 25 minutes of footage comes from the archive of British Movietone, which AP acquired in 2016.

British Movietone was the only company to film the 1981 wedding on high-quality 35 mm film, making it possible to restore it to a higher quality.

The public had huge affection for Diana, whose marriage to Charles later dissolved. Her sons, Princes William and Harry, have carried on her legacy by promoting frank discussions of mental health issues, among other causes.

Charles and Diana separated in 1992 and divorced in 1996. A year later, she and companion Dodi Fayed died in a high-speed car crash in Paris. The 20th anniversary of the crash is Thursday.