CLEARWATER, Fla. - Archeologists in Clearwater can say with certainty they’ve found yet another African American cemetery – this time on private land that is home to FrankCrum company headquarters.

The land, which is off Missouri Avenue, was once a Black cemetery. And when it was moved to make way for redevelopment in the 1950s, community members have long said many graves were ignored.

Archeologists have spent the last week carefully removing layers of soil and say they’ve found nine grave shafts. Of the graves, they found an intact coffin, with a coffin window which was popular in the early 20th century.

Crews also ran into two skeletons, coins from that era and what was left of a vase.

Zebbie Atkinson IV, NAACP Clearwater president, says now comes the conversation between the landowners, the community and the city about how to memorialize the land.

"Now that people are getting their voices heard it will be interesting to see what restitution they would like," Atkinson said. 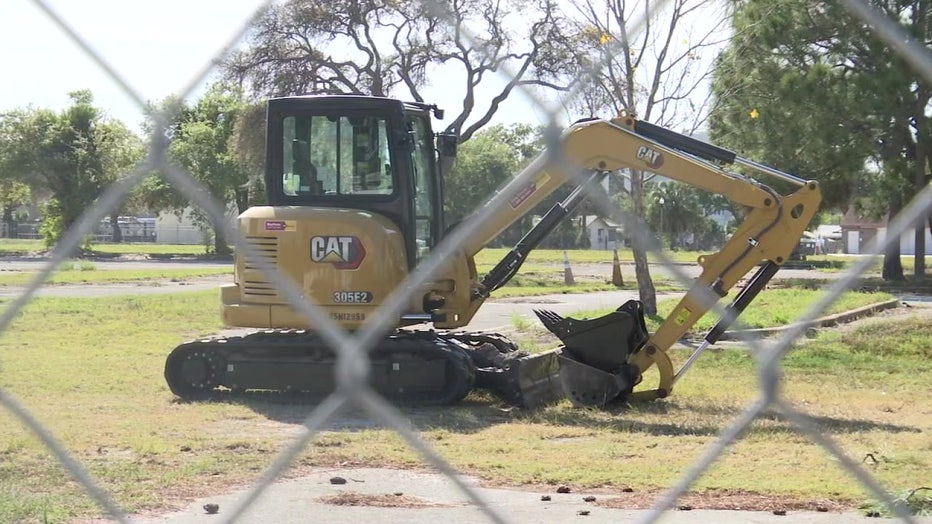 A spokesperson for FrankCrum says they are fully cooperating with the NAACP and the city of Clearwater because they say it’s the right thing to do.

A couple of weeks ago, the same team did a dig at Pinellas School District-owned property on Holt Avenue and found more than two dozen grave shafts there.

Radar studies show there are likely even more graves at both locations.